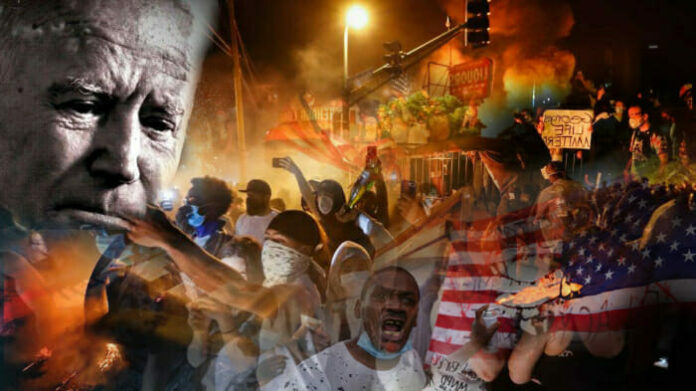 At this time, the warrior of God can be vexed with discouragement. They can feel crushed between the two jaws of a vise. One jaw is the blatant depravity of our “woke” culture. The other jaw is the disheartening cowardice of preachers. These factors weigh you down, steal your joy, and even crush your spirit.

The Christian warrior sees what is happening in our culture:

This Christmas season, under the non-leadership of Biden, Americans have sunk to new lows of hatred and debauchery.

Speaking of Christmas, Joseph, Mary and even Jesus have lately been subjected to hateful, obscene and demonic depictions. Hating Christians is now fair game. Joe Rogan, who is not known as a saint, took to his massive podcast audience to decry the hatred of Hollywood toward noted actor Chris Pratt, who is an outspoken believer. Rogan said, “He’s kind of outside the lines in terms of his ideology, he’s a Christian, and pretty open about it.” Rogan added, “Because of that, they attack him.”

Our government calls Christian moms domestic terrorists for trying to protect and defend their children from school boards with a woke agenda, bent on promoting CRT and perversion.

Then there are the bands of organized thugs who are systematically robbing high-end stores. And Gavin Newsom, allowing drugstores to be looted on a daily basis by the homeless, with no consequences.

The Bible tells us about the vexation of Lot in Sodom. “For that just man, while living among them, felt his righteous soul tormented day after day by what he saw and heard of their lawless acts…” (2 Peter 2:8). This is exactly what the core of God’s people are feeling in our culture.

Now, look at what continues to happen in our pulpits:

The nation is on fire. The pandemic lockdown set the mechanism in place to silence the church. Most Christians believe our government is hostile to our faith. Yet, pastors with the influence to push back against tyranny, refuse to do so―even though they know the flocks they are supposed to be shepherding are suffering under the lash of persecution and perversion.

One megachurch pastor in Colorado said that he has decided not to talk about politics from the pulpit because, he says, he has lost friends and received “hateful emails.” Friends and emails? Is that all it takes to neutralize this man? Imagine how that statement sounds to the martyrs in all ages and to today’s suffering underground church?

The warrior of God is opposed from the front, and betrayed from behind. No wonder freedom fighters of faith can feel totally drained.

Now let me tell you what I know God is saying to you: Do not wait for things to get better. Do not wait for the lukewarm leaders to wake up. Do not look for a special sign. You have permission—whether or not anyone else agrees with you―to save America.