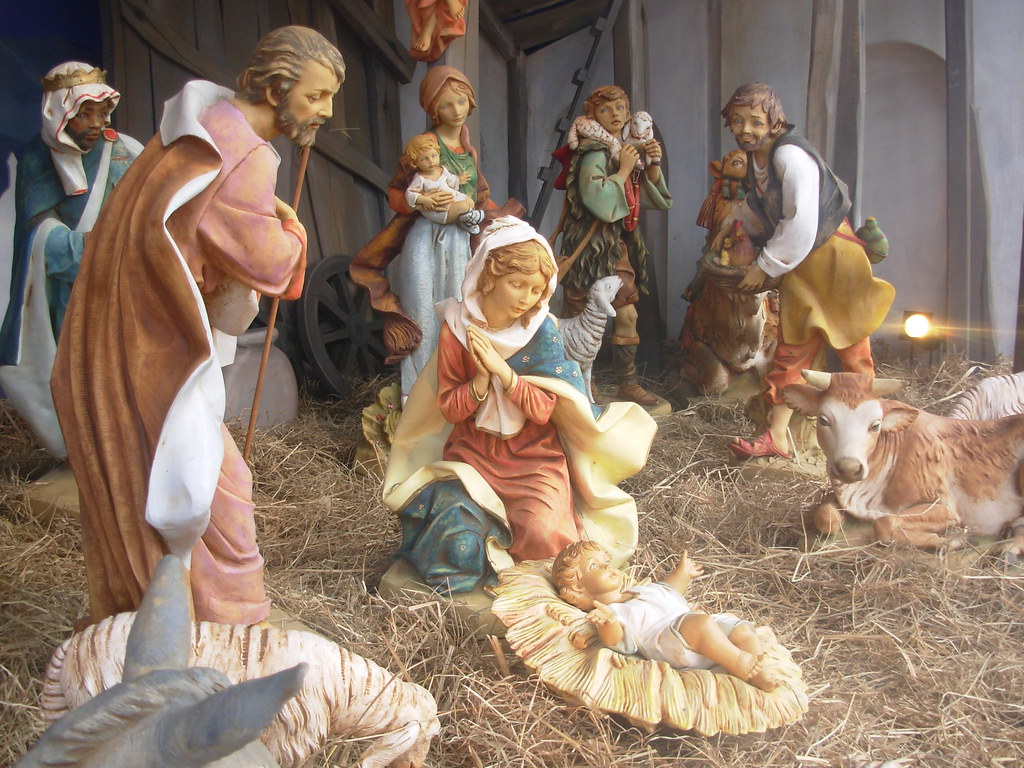 This column originally appeared in The Tentacle on November 19, 2011.

With atheists, agnostics and other such unaffiliated groups coming out of the woodwork to chip away at Christian American culture and custom, it’s time to look at some statistics on the religious makeup of the United States.

According to a February 2008 Pew Forum on Religion and Public Life – U.S. Religious Landscape Survey, Christians make up 78 percent of the U.S. population; 1.7 percent are Jewish; 1.6 percent are atheists; .6 percent are Muslin; and 16.1 percent are unaffiliated.

And according to the 2010 Encyclopedia Britannica Year in Review, 82 percent of the U.S. population is Christian; 1.9 percent is Jewish; .4 percent are atheists; 1.4 percent are Muslim; and 15 percent are unaffiliated.

Based on these two surveys, Christians are by far the dominant religion in the United States of America. Why, then, are we continuing to allow the least of the minority religions, like atheism, dictate where the baby Jesus lays his head at Christmas?

Is this the anti-bully era? If it is, why aren’t the adults being role models and standing up to the bullies who would have us remove a beloved religious icon?

When do we draw the line in the sand? When do we begin to practice what we demand that our schools teach? How are our children to stand up for what is right when we, as the majority who want Jesus displayed, refuse to fight for this right?

What would Jesus do? If we believe he died for our salvation, what are we willing to do to honor this sacrifice? “Render unto….”

If I were a mayor, governor, school or town leader, I would proudly place the crèche in the town square or school lobby and dare any anti-Christian group to have it removed, or force me to add their placards and symbols of hate and/or intolerance. “Jesus” is the reason for the season, not jolly ol’e Santa Claus and Rudolph.

True tolerance is allowing Jesus to sit in the town square without so much as a complaint from a misplaced squirrel.

Here is what I would suggest these leaders say when confronted with religious intolerance and bullying:

“Dear Sir/Madam: The day you have a legally recognized holiday on the calendar in the month of December, I will give you a place to call your own. However, it will never share a space with Jesus because doing so is intended to diminish how we pay homage to His life and death. Jesus has earned his place of honor in our town and our country; we will not dishonor him. I would no more make Jesus share space than I would make Abraham Lincoln, Martin Luther King, Jr., nor George Washington, share space. If you are offended, I suggest you avoid the town square and any other such place where he will be honored until around January 7, when most families and businesses put Him away until next year.

“With all your tolerance and preaching of understanding, we are sure you will understand that your request to remove Jesus is extremely offensive to us and cannot be contemplated without sacrificing our own identities as Christians, Americans and human beings. We cannot allow that to happen because doing so tarnishes the life and death of Jesus who gave the ultimate sacrifice for our salvation and – in so doing – inspired us to be loving, forgiving, charitable and respectful. In our practice of Christianity we have pledged our devotion to Him and His ideals; removing Him would be seen as a denunciation of all He stands for. We cannot stand for that.

“Until such time as your religion inspires enough people to deserve a day of honor, we joyfully extend our hands and invite you to partake in our holiday of love, respect, charity, kindness and fellowship. We hope you find the time to embrace the sentiment and beauty this season represents.”

Editor’s Note: The most recent Pew polling (2018) shows 65% of Americans admitting to being Christian. One has to question is Christianity on the decline or have Christian’s been bullied into silence along with Conservatives and other “non-woke” Americans?

GOD IS GIVING YOU PERMISSION TO SAVE AMERICA