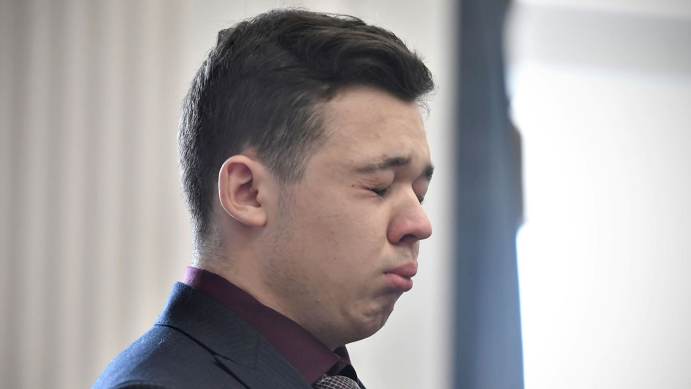 Biden and the media are angry that an innocent 18-year-old did not go to prison for life. Think about that.

Can it get any lower than this? The verdict made Joe Biden angry.  A guilty verdict then would have made him happy.

He said, “…the verdict in Kenosha will leave many Americans feeling angry and concerned, myself included.”

Who should really be angry and concerned? You and I. We should be concerned that depravity of this magnitude infests the White House. We should be angry that Joe Biden is devoted to mob rule. Our anger should be over his conscience, which has obviously been seared over with a hot iron.

The day after the Kenosha riots, Biden referred to Rittenhouse as a “white supremacist.” Nick Sandmann reminded us that Biden can, and should be sued for defamation of character.

The media is equally depraved. Check out the screenshot – it erroneously reports that Kyle Rittenhouse “killed three black men.” The media completely made that up. And they can make this up because they are not just biased, they want a race war.

The most commonly seen news-crawl at the bottom of the TV screen during the trial said that Kyle Rittenhouse “Shot Protestors” – not rioters. Not felons. They refused to acknowledge that he exercised his God given right to defend himself, even when kicked in the head, hit with a skateboard, and chased by a felon (who cannot legally possess a firearm) and who was pointing a pistol at his head.

However, there was a guilty verdict in this case. The mob was found guilty. The idea that you can destroy innocent people, their livelihood, and property was finally declared guilty.

You and I will never get protection and justice from Democrats and Marxist Leftists. It has to come from the courts. Consider this insane, but unsurprising comment from the ACLU, referring to how Rittenhouse defended himself when there was what they characterized as “an outrageous failure to protect protesters by the Kenosha Police Department and Kenosha County Sheriff’s Office.”

Really? Are you talking about the protesters who were burning buildings, pointing guns, and smashing people over the head with skateboards? This, ladies and gentlemen, is how far gone the Left now is. This is how deep the Deep State goes: the White House, Congress, Federal agencies, such as the FBI and IRS, the fake-news mainstream media, big tech, social media, and on and on.