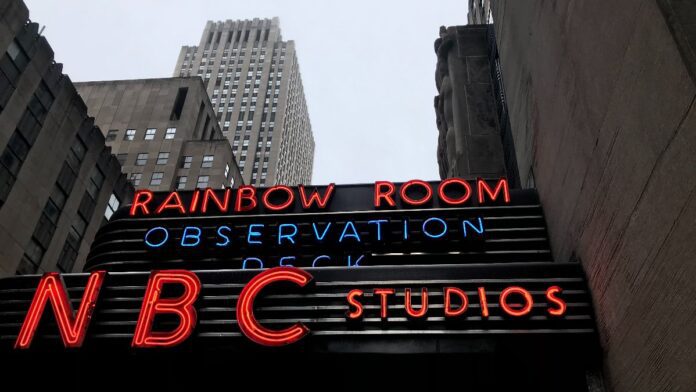 Over the past year, the left-leaning media has peddled the narrative that an emotional constellation of “white resentment,” “white fragility,” “white rage,” and “white fear” drives opposition to critical race theory in America’s public schools. Now NBC News claims it can prove it.

In a long story featuring analysis of demographic data, NBC News reporter Tyler Kingkade and data editor Nigel Chiwaya claim that the parent uprisings against critical race theory, which have occurred in more than 200 school districts across the country, are a “backlash” against “rapid demographic change” and “the exposure of white students to students of color.” Or, to put it bluntly, it’s the ugly reaction of white racism in the face of rapidly integrating schools. As left-leaning Slate concluded, NBC’s reporting proves that fear of “white replacement” and the desire to “protect whiteness” motivate the anti-critical race theory movement.

There is only one problem: NBC’s analysis is nonsense. The report, like the left-wing narrative about critical race theory more generally, fails both statistically and imaginatively. NBC News builds its narrative on the claim that “many of the school districts facing backlash over equity initiatives are diversifying faster than the national average.” The report provides data for 33 school districts, which undermine its argument in two ways: first, one-third of these districts have diversified slower, rather than faster, than the national average; and second, according to NBC News’ own reporting, there have been anti-critical race theory protests in at least 220 school districts nationwide, which means that NBC failed even to analyze 85 percent of the evidence.

But the NBC report, like almost all mainstream media coverage, fails an even greater imaginative test: these publications cannot imagine a world outside the framing of the 1960s civil rights era, comparing opposition to critical race theory with racial segregation, Jim Crow, and the Ku Klux Klan. NBC suggests darkly that these communities “have long segregated their schools” to exclude blacks, while the Slate piece makes a more explicit comparison between parent protesters and “Louisiana’s White League,” “racist mass shooters,” and the “Capitol insurrectionists.”

These comparisons fall apart after the most basic examination. Parents in Loudoun and Fairfax County, Virginia, whom the NBC News report cast in a negative light, aren’t old-line racists and segregationists but educated, affluent, and diverse citizens in the elite suburbs surrounding Washington, D.C. Contrary to the narrative about white families lashing out against an influx of black students, Loudoun County has roughly the same proportion of blacks as it did 20 years ago; the highest rate of population growth has been among Asians and Latinos, who, according to a recent Rasmussen poll, oppose critical race theory by a two-to-one margin—the same as white voters. In nearby Fairfax County, the leader of the parent opposition is an Indian-American woman, Asra Nomani, who has blasted critical race theory for reducing academic standards and discriminating against high-performing Asians.