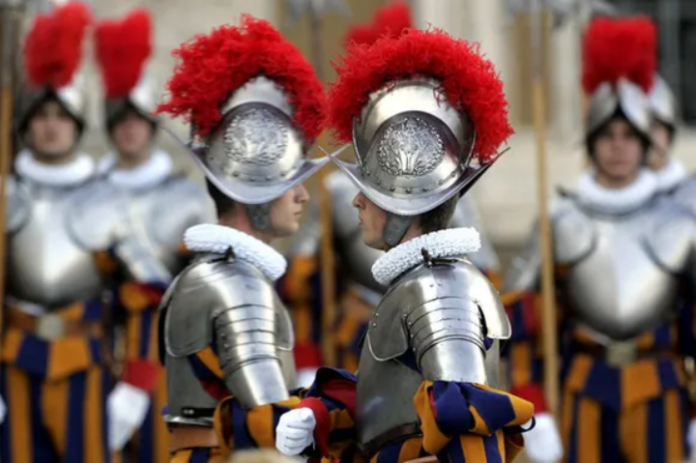 The Swiss Guard is known for its colorful Renaissance-style gala uniforms. It is the oldest military corps in the world. The members have to get vaccinated because they are close to the Pope, but not all accepted the mandatory vaccination policy issued by the Vatican.

Three guardsmen now voluntarily left the corps, the Italian newspaper “Il Messaggero” reports. The Swiss Guard are subject to stricter coronavirus regulations than other employees and visitors in the Vatican.

Three members of the guard did not comply with the compulsory vaccination request and left the corps voluntarily. Three others have been temporarily suspended from duty until they are fully vaccinated.

Lieutenant Urs Breitenmoser, the spokesman for the Papal Swiss Guard, considers the guards’ vaccination requirements to be appropriate: “This measure corresponds to those of other armed forces in the world.”