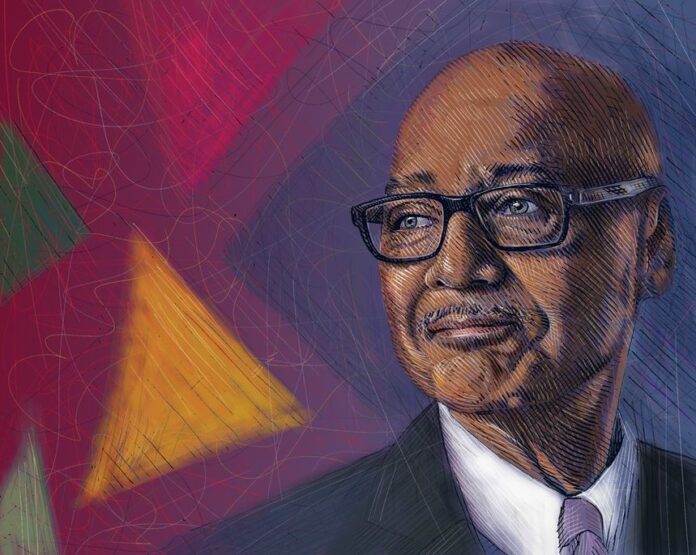 At first glance, Robert Woodson and I seem to have nothing in common. He grew up in a segregated black Philadelphia neighborhood; I was reared in affluent Palo Alto, Calif. I finished college in 2015; at 84, Mr. Woodson is preparing to retire as president of an organization he founded in 1981, before I was born.

The Woodson Center’s objective, he says, is to rejuvenate “indigenous” civil society in impoverished neighborhoods. The group’s signature approach is to look for people in a community whom others “turn to in times of crisis” and “try to resource them so that they can scale up,” thereby strengthening “informal networks” responding to problems of crime, addiction and family breakdown. His approach is usually described as conservative—a label he accepts, although he plays down politics and ideology in favor of a practical approach.

When we sat down to discuss the lessons of his long career, I was conscious that when it comes to race and poverty, I came from what progressives call a “place of privilege.” Yet I was struck by the way Mr. Woodson’s approach to social problems is universal enough that I could recognize his insights in my own milieu.

When Mr. Woodson was 9, his father, a veteran of World War I’s segregated Harlem Hellfighters, died. When a boy loses his father, “you cleave to the fathers of other boys,” Mr. Woodson says. “Kids tend to look for fathering in other places—if you can’t get it in a concentrated form, you take a little from those around you to compensate for it.” That observation informs the Woodson Center’s efforts to pair fatherless inner-city youngsters with male mentors. It also resonates with my own experience. My father died when I was in elementary school, though I was lucky enough to grow up in a community with enough social capital that no program was needed.

Mr. Woodson has also taken note of a spate of 10 teen suicides, many committed on train tracks, that shook my hometown of Palo Alto between 2009 and 2015. He likens that tragedy to the epidemic of murders in many U.S. cities. “If you devalue your life, you’ll either take your own, or you’ll take someone else’s,” Mr. Woodson says. “But they’re different sides of the same coin.” In both cases, young people “are dying in acts of self-hatred.”

As these examples show, Mr. Woodson doesn’t see the problems of black America through a racial prism. The institutions and traits that make healthy communities are the same for all human beings. “Tell me how ending institutional racism is going to prevent a kid in Silicon Valley from taking his life, or a kid in Appalachia taking drugs, or a kid from shooting somebody in the head,” he says. Mr. Woodson wants to “deracialize race”—to make it an incidental category in social-improvement projects rather than the salient one.