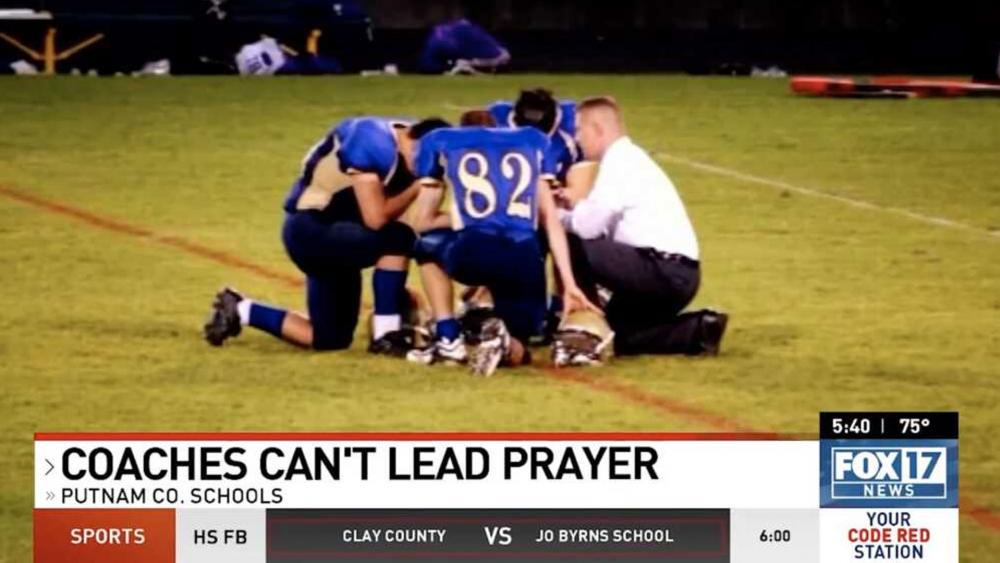 By: Scott A. Davis

PUTNAM COUNTY, TN – After a school board in Tennessee told school officials, including teachers and coaches, that they were not permitted to lead students in prayer, angry parents and members of the football team decided to act.

The order from the school board followed a letter from Americans United for Separation of Church and State.

In the letter written to the Putnam County School District, the group wrote that “there were several instances of prayer and proselytizing at events at Cookeville and Upperman high schools.”

“The case law not allowing prayer or proselytizing is clear. Courts have consistently ruled that prayer and proselytizing cannot be sponsored by schools or school personnel.”

A statement released by the school board said that students could spontaneously pray, but staff and faculty could not participate:

“As a district, we absolutely understand the importance of prayer in the lives of our students, faculty, and staff members. “We support the right of students to participate in and lead spontaneous prayers. That right is and will continue to be protected.

“We also understand that faculty and staff members cannot lead or participate in the spontaneous student-led prayers.”

Many parents and students viewed the order of the school board as an attack on their religious freedom and were not going to sit on the sidelines. Parent Dustin Whitefield said parents decided to show their opposition to the rule at the Friday night football game between Upperman’s football game against Stone Memorial High School.