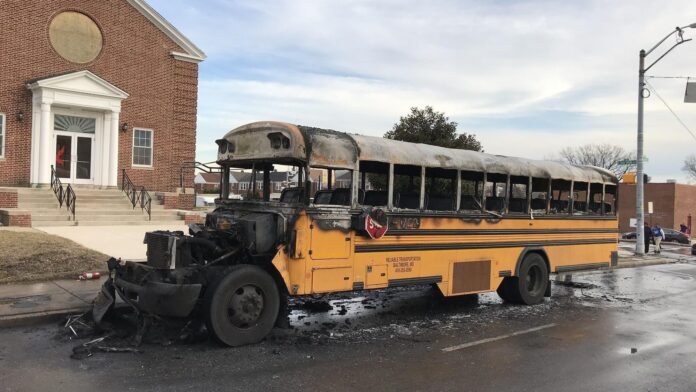 We’ve all been busy this past year trying to survive government-imposed isolation.  The silver lining is, in our struggles many of us got to glimpse the underbelly of Frederick County Public Schools.  It’s dirty, ugly and frightening.

Parents learned a lot about what FCPS was actually teaching their children.  They learned the priorities of FCPS aren’t the students, but the Unions and special interest groups.  They learned the focus isn’t challenging academic content but racial, sexual and politically infused propaganda fueled by political agendas.

Before you go pointing a finger at the teachers, many of them are no happier about the situation than you are.

A review of FCPS Staffing Reports shows dozens and dozens of tenured teachers are resigning and others are taking their retirement and leaving.  Newly minted teachers are also resigning at an alarming rate.   Over 3,200 students have been withdrawn from FCPS since the pandemic. This was before the re-instated mask mandate.

I was going to bring you receipts on what was the probable cause (historically, it hasn’t been wages and benefits), but when I requested the Exit Interview reports I learned FCPS stopped doing them in 2018.

If FCPS Human Relations Department isn’t asking the departing employees why they are leaving, how can they fix whatever the issues are that may be causing the exodus?

The last time I read an Exit Interview was in 2016.  At that time some of the reasons for departure where:  retiring, moving, dissatisfied with school placement, lack of recognition, too big a workload, pursing a different career and of course, leaving for better salary or benefits.

The reasons checked were all over the board.  What was obvious from reviewing the report at that time, was most people were NOT leaving because they felt underpaid, and this was before all the raises started kicking in.

There are three sample pages from 2016 at the bottom of this article to give you an understanding of what FCPS used to be interested in learning when an employee left.  I can’t understand – kidding – yes, I can understand why they stopped asking.

If they kept asking the wage question and most of those leaving weren’t citing “wages” as the reason, then it must be something systemic and structural.  Something “they” were causing that wasn’t about funding –  AND, they’d have to admit to the public that low wages wasn’t really a teacher concern.

Work environment, curriculum content, time spent on assessments, workload, all those easier to avoid systemic problems would have to be addressed if discovered to be the reasons employees were leaving like rats from a sinking ship.  The only “systemic” problem FCPS appears focused on is systemic racism and I’ve seen no data that supports the claim.

In the August 4, 2021 Board of Education meeting Agenda, Item 5.01 you will find “Staffing Changes.”  They appear on the Agenda for every regular meeting.  These staff changes reflect 3 teachers are retiring, 15 teachers are resigning, and 38 new teachers were hired. That’s for a single month.

How can FCPS address “systemic” issues without trying to discover what they are?  Why aren’t the Superintendent, FCPS Administration and our Board of Education doing more to find out?  Why is FCPS labeling “racism” as a systemic problem without the data to back it up?

According to the most recent documents, resignations are up 21% from the prior year and we still have left to count who may resign or retire in September.  Now that FCPS has announced dehumanizing mask wearing will once again be required in August, will more retire or resign by the September meeting?

Students, teachers and staff are leaving FCPS at alarming rates. Superintendent Alban and the Board of Education don’t appear to be interested in preventing their flight.