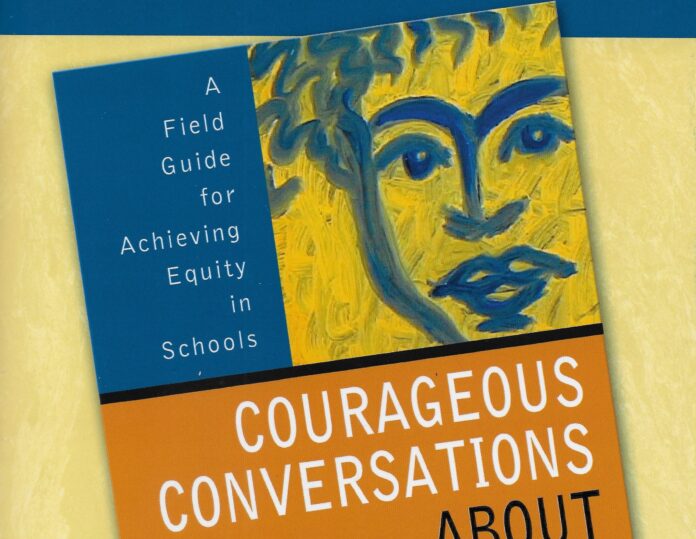 Board of Education member Brad Young was interviewed by Ryan Hedrick of Frederick Focus on 930 WFMD this past Saturday.  Critical Race Theory (CRT) was a topic of discussion.  Young said that CRT isn’t in the FCPS “curriculum.”  That’s an important distinction and he chose his words carefully.  CRT is not in the curriculum.  CRT at its root is an academic discipline and a tool to bring about cultural shifts.

What is self-evident truth?  It’s something unquestionably true, like liquid water is wet, fresh snow is white. They need no explanation.

Evidence that Critical Race Theory is working its way into FCPS can be found within its internal documents, on its website and how it interacts with parents and the public.

In Superintendent Alban’s June 1, Off the Cuff  Message to Graduates – “Lately, we see vicious attacks on people because of their race, ethnicity, or religion, and we hear people refusing to accept an idea because it comes from a certain political party. This divisiveness is fueled by social media tirades. We are so busy screaming at each other that it appears we have forgotten how to listen.”

Alban is fully invested in promoting America as systemically racist and openly blames “a certain party” for refusing to “accept” the propaganda.  Our shared belief is that racism is not systemic.  In her blog post she seeks to destroy that shared belief.

FCPS’ Racial Equity Committee is just as invested.  Their committee is following the guidance of and using as a resource, “A Field Guide for Achieving Equity in Schools – Courageous Conversations About Race.”

How is this evidence of Critical Race Theory?  From the first paragraph on Page 1 of the Facilitator’s Guide – “We believe that race – and thus racism, in both individual and institutionalized forms, whether acknowledge or unacknowledged – plays a primary role in students’ struggle to achieve at high levels.” [emphasis added]

Some of the “Activities” consist of “committing” to “experiencing discomfort”; list “White Talk” and “Color Commentary”; and “De-Centering Whiteness.”

Our shared belief is that students don’t achieve because they lack support. In their guide the writers and the Committee seek to destroy that shared belief.

The Racial Equity Committee dabbles in “sexual identity” as well as race.  They have requested the Board of Education revise Policy 509 to remove gender specific pronouns.

Our shared belief is there are only two genders, male and female.  The Racial Equity Committee and FCPS seek to destroy that shared belief.

The same Board member who sits on the Racial Equity Committee (BoE President, Jay Mason) also sits on the Special Education Citizens Advisory Committee (SECAC).  During a meeting Mr. Mason commented on race and gender as part of the SECAC application.  A member of the Committee stated SECAC’s focus is on disabilities, and it looks for diversity in the types of disabilities, not the race or gender of the applicant.  The member asked if Mr. Mason wanted to make those items part of the application, he stated no.  It was only after the revised Membership Application arrived that members learned SECAC would now be asking the gender and race of applicants.

Our shared belief is that skin color and gender are irrelevant.  Mr. Mason and FCPS seek to destroy that shared belief.

When communities cease to have shared beliefs, holidays and customs they cease to be “communities.”  What you end up with is segregated groups of people who only interact with those who share their identity.

When a member of FCPS or the Board of Education tells you, they aren’t utilizing Critical Race Theory they are either lying or ignorant to what is happening in the system they are creating.

FCPS and the BoE are systemically erasing our shared beliefs and pitting us against each other.

In 2022 Frederick County can remove four Board Members and replace them with four people who aren’t trying to destroy our shared beliefs and rip apart our communities.