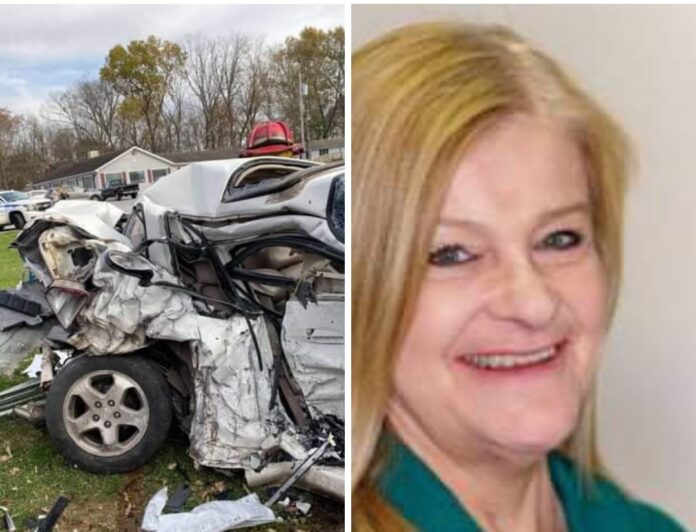 On April 1, 2021, defeated Frederick County Board of Education member Lois Jarman appeared in court to answer to several counts of negligent driving stemming from a November 2020 car accident.

During that hearing she was sentenced to a year in jail with all but 10 days suspended.  Being unsatisfied with the result, she appealed.

Jarman’s appeal hearing was heard on Thursday July 15, 2021.  The sentence handed down was restitution in the amount of $24,920 and 90 days in jail. The restitution amount was unchanged; however, she was given more time behind bars.

Her lawyer requested she be allowed to serve her incarceration time at home, that was denied.

To recap the case, on November 9, 2019, around 1:44 p.m. Ms. Jarman was using her cell phone while driving and rear ended a car at a stop sign. The impact pushed the car she struck into oncoming traffic.  All passengers in the two vehicles received injuries.  One of her victims is still receiving medical treatment and her life has been forever altered due to Jarman’s carelessness.

I spoke with the family of one of the victims. During the conversation I asked if they were happy with the outcome of the appeal, “I feel it was a fair punishment”.

Others have said it’s a joke, one of the victims is apparently in a wheelchair, that person said “Everything about this is BS, the injured party is still in a wheelchair (with over 300k in medical bills accrued) and she only has to pay 25k in restitution. She didn’t have to pay the fines because she wanted to focus on paying the restitution.”

Another person, who wished to remain anonymous said “If you’re looking for justice, the courthouse isn’t the place.”

Three months in jail is a long time. It will feel even longer to someone that’s never served time. She will have a very structured day. She will no longer have the freedoms she’s used to. Everything about her day will be dictated to her; when she gets up, when she showers, when she eats, when she can go outside and when she can go to bed. It will be a shock and take some getting used to.  It’s a very small price to pay considering the price paid by one of her victims is life in a wheelchair.

She will have plenty of time to reflect on what she did and how it affected the people involved and how much worse it could have been. Her incarceration begins August 7.

During that time, I sincerely hope Ms. Jarman does reflect on what happened. Maybe she will finally understand how her negligence changed the lives of the people she hurt and how they will never be the same. Perhaps, at some point, during that time she will find the humility to give the honest and heartfelt apology her victims never received.

Now that her sentence is final, I hope her victims can find peace as well as receive a full recovery. They deserve that and so much more.  I think I can speak for our readers when I say, “Good luck and we are all behind you!”