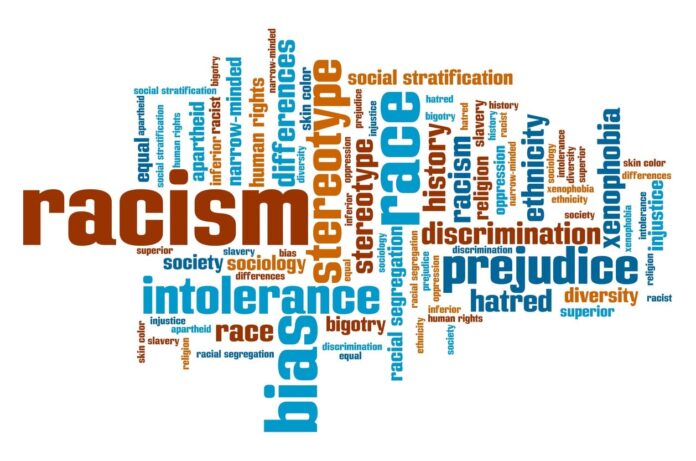 Councilman Kai Hagen never missed a problem he couldn’t create.  As if balloon bans weren’t a waste of precious time and resources, now Mr. Hagen wants to create an office for a problem that exists only in his mind and the minds of other activist politicians.

Hagen is sponsoring a bill (with the assistance of County Executive Jan Gardner) to create an Office of Equity and Inclusion. This office will be in charge of educating people on how racist they are.  It will then create policies, grow the size of government to enforce the policies, then raise your taxes to pay for the enforcement of the policies, so they can fight the problem they created through the new “office” to begin with.  [Deep breath]

Two of the most manipulative words ever strung together are “equity” and “inclusion”.  Their sole function is to make you believe government is preventing something they are in reality creating.  Systemic racism does not exist here in Frederick, but Gardner, Hagen the Board of Education and other Leftists are determined to convince you it does.

The first role of any office of equity and inclusion is to convince the public their government, friends, neighbors and communities are rife with racism and discriminatory practices.  If you want to see how they function check out the discussions by FCPS’s Racism and Equity Committee here.

They use the fact there aren’t a lot of minorities in public positions as evidence of discrimination.  What they don’t show you is how many minorities applied for those positions.

I know Frederick County Public Schools recruits minorities to fill vacancies. What that tells me is we don’t discriminate, they just aren’t applying.  If we have a community of about 80% white and 20% other, why would we expect there to be a 50-50 representation in government or elsewhere?

But leftists need to put the idea in your head that Frederick is systemically racist.  How do the policy writers convince you we need this new government office?  They invent problems.  An example would be Councilman Kai Hagen interfering with a Sheriff’s Deputy who was involved in a traffic stop.

Mr. Hagen wants to create the impression we have racist police officers and that our Sheriff’s Office is systemically racist.  He saw a black man and a white police officer, so he attempted to create a scenario where a racial injustice was occurring.  The problem was it only existed in his mind.

Why do the problems Leftist rage about never get fixed?  Maybe they don’t really exist?

Individual incidents of racism and discrimination between all races, sexes and national origins do exist, just not systemically.  They should be dealt with individually as they occur.

Painting our county with the broad brush of systemic racism is unhealthy and will only lead to creating more unnecessary outrage.

This is the danger of having Leftist political activists in office.  Their goals aren’t a unified Frederick, their goals are to divide and conquer to maintain a political advantage. Saying Frederick needs an office for equity and inclusion is a tool of the Leftist to achieve that goal.

The Democrat party of my parents fought for the rights of the working class.  Those Democrats no longer exist, they have been subsumed by the faction of the party that rejected civil rights and equality.

Democrats and the black community:

The 14th Amendment to give freed slaves citizenship – 94% of Republicans for, 0% of the Democrats for.

The Civil Rights Act of 1964 to prohibit discrimination based on race, etc. – 82% of Republicans for, 22% of the Democrats for.  Not only that, but the Democrats lead a 74-day filibuster to try and get the bill defeated.

It was only after they discovered they could gain political power by using the black community did they start pretending to care about them.  The Democrat party spends time, money and resources telling blacks they are incapable of success without the assistance of mostly white Democrats. Why the black community doesn’t toss them out on their butts is beyond me.

Have you noticed many of the BLM marches are mostly white suburbanite millenials?  The Frederick News Post has a perfect illustration of what I’m referencing in their July 26, 2020 article Urbana teens continue Black Lives Matter protests.  Who do you see represented in the photograph?

A public hearing on Councilman Hagen’s bill will be had on August 10.  People who don’t believe Frederick is a racist community should write the Councilmen and tell them we don’t want an office of Equity in Frederick; we don’t need them to create a problem where none exists.