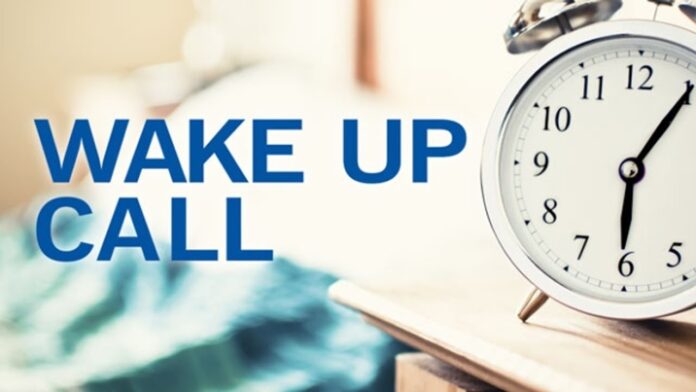 This column originally appeared in The Tentacle April 16, 2012.

The trouble with an elected board of education is that only a select few have any idea for whom they are voting, and they are easily swayed by a red apple. I don’t blame the public. I blame the way the apple is presented as the teacher’s choice.

Living in Maryland I don’t want a governor-selected school board; but I did like Blaine Young’s idea of a board with two members selected by the governor, three by the Board of County Commissioners, and two by the voters. I believe those were the ratios and I‘m comfortable with them. This gives varied control, and probably the best choice after having witnessed how the last primary elections turned out.

Having stood at polls handing out fliers, I can’t describe how disheartening it is when people tell you: “Thank you, I had no idea who I was going to vote for.”

Others came in with their Gazette picks, or the Voter’s Guide from The Frederick News-Post. Those are good starts, but they should not be your ending point. Honestly, people should not be picking their candidates based on the friendly people at the polling place, a jazzy piece of fruit nor a local newspaper. That should be where the process of picking a candidate begins or whittles it down when you aren’t certain.

The papers tell you who and why. Your family, friends, beloved radio personalities and neighbors will happily add their opinions. That should start a voter on the journey to find out who is about what.

I’m guilty of picking a candidate based on another’s opinion when I could not choose between two. I’m happy to report I’ve not picked a candidate out of ignorance since I was in my early 20s.

This is why I’m not a fan of “Rock the Vote,” nor other such “get out the vote” movements. I’d rather have my elected officials decided by the 2% of the population who has actual knowledge based on personal information gathering, than minion easily swayed by a sob story or manipulated and falsified data.

That being said, I will be working polls for my candidates to get them all the votes I can. The union is going to work for its slate, so I won’t give them the advantage by not working for my choices. I don’t want union-controlled nor government-controlled schools. I want parent/community controlled schools.

Neither unions, the state, nor federal government agencies have done much in the way of raising the educational scores. They’ve all been busy trying to entrench themselves into the system for over 40 years each, pushing their personal ideologies and agendas. Parents busied themselves with work and abdication of their responsibilities to the system it trusted. Basically, we are all to blame for the system that now teaches ideology over academics. It’s time to take back our responsibility and demand our governments and school systems do right by the students.

Eighteen of our Frederick County schools didn’t make “annual yearly progress” (AYP) in FY2011 and six are on the State School Improvement list, which means these schools are performing so poorly that parents have the right to remove their child from that school and send them to another school. Sound like a state sanctioned “voucher” program to anyone?

Gary Brennan, Frederick County Teachers Association president, said after the primary election that the results are “a good sign for the health of our school system.” No, it is not. It’s a good sign of the power of his union.

The Maryland Department of Education is busy trying to infuse education with social concerns and leveling the standards across the state. If anyone believes this is nothing but failure waiting to happen, you still aren’t paying enough attention.

The U.S. Department of Education is busy trying to implement the Obama Administration’s college and career readiness standards and “training” a work force, not educating future leaders.

The majority of parents have been sitting silently at home, believing their children were being taught using the best textbooks and most complex courses. Little did we know that others were busy eroding the once best educational system in the world to instruments of implementing social justice, curing the planet and globalizing our society.

The good news is that parents are waking up. Hopefully it isn’t too late to return our schools to academically challenging institutions of learning instead of an arm of the Department of Labor.