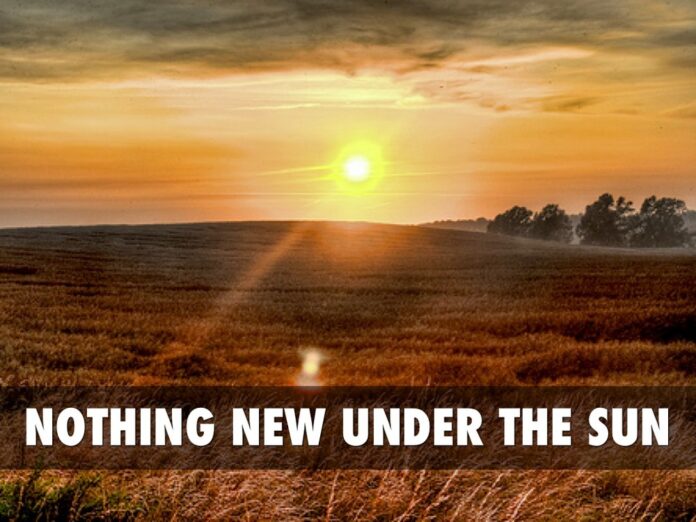 This column originally appeared in The Tentacle on June 8, 2010.

In my last installment, I mentioned how this November I’ll be celebrating the 50th anniversary of my arrival in the USA from my native Cuba.  My mother and I flew out of Michael Moore’s paradise on Election Day, 1960; my father joined us on the day of John F. Kennedy’s Inauguration, January 20, 1961.

At least I had parents to live with, as the three of us struggled to make ends meet in Miami.  We were poor refugees, in a small, one-bedroom apartment, with no official status other than “parolees”, forced to accept U.S. Department of Agriculture surplus food in order to survive on my mother’s meager salary as a teacher aide – but at least we were together, went through tough times supporting each other, and enjoying the support of relatives and neighbors who shared the same experiences as Cuban expatriates.

Such was not the case for over 14,000 unaccompanied Cuban children, ages 6 to 18, who left Cuba for the USA from December 26, 1960, through October 22, 1962.  It was coded “Operation Peter Pan.”  Desperate Cuban parents put these children on planes bound mainly for Miami.  Imagine saying good-bye to your child and have him picked up by relatives, friends, or even perfect strangers on the USA, rather than risk having him seized by the Castro’s government for indoctrination as faithful, reliable little Communists.

I’m not making this up, folks.  This happened for real.  I met many of these children, most of them my own age, and some of them classmates of mine in Cuba and in Miami.  Just as Hitler had his own “Hitler Youth” groups scattered throughout Germany in the 30’s and 40’s, it is customary for dictators, such as Hitler, Stalin, Mao, or Castro, to seize the young in order to spindle and mutilate their brains for the advancement of the regime.  This was not an empty threat on Fidel Castro’s part, misinterpreted by rich, paranoid anti-Castro capitalists – it was a threat he did carry out.  (You can see what a good little Communist Elián González turned out ten years later!)

Enter Father Bryan O. Walsh, Executive Director of the Catholic Welfare Bureau in Miami, who made temporary arrangements for the care of young Pedro, after whom Operation Peter Pan (Pedro Pan) was named.  Father Walsh, 30, born in Port Arlington, Ireland, was ordained as a priest in 1954.  He was a dedicated and compassionate Spanish-speaking priest who had been in Miami since 1957.  He was aware of the impending influx of Cuban children through a sister agency, the Hispanic Catholic Center in Miami.  He realized that Pedro was the first child of many that would come as the situation deteriorated in Cuba, so he sought federal help to cope with the emergency situation that was developing.

President Dwight D. Eisenhower, aware of the emergency refugee situation in Miami, had just appointed Mr. Tracy Voorhees to look into the matter.  At the recommendation of Mr. Voorhees, one million dollars was allocated by the Eisenhower administration on December 2, 1960.  (I vividly remember attending the town hall meeting at City Hall in Miami, with my father, when this policy was publicly announced to the Cuban refugee community.)

In November, 1960, a Cuban mother flew to Key West bringing her two children.  She feared that because of her husband’s anti-Castro activities, their children would be sent to the Soviet Union.  Since she did not have family or friends in the US, she brought her two children to the Key West Juvenile Court.  She begged the judge of that court to find a home for them; the judge assumed jurisdiction and placed her children in foster care.  The mother then returned to Cuba to join her husband.  In addition to Pedro, now there were two more children — without their parents, but safe from Castro’s reach.

Enter Mr. James Baker, the Headmaster of Ruston Academy, an American school in Havana, catering to US residents on the island and upper middle class Cuban families.  As a resident of Cuba, Mr. Baker was very well aware of the tenor of Castro’s regime and the increasing opposition.  Cuban parents concerned about the Communist indoctrination and welfare of their children approached him for a way out for their sons and daughters.  In November, 1960, he sent one of his teachers to Miami and Washington to look over the situation.  As a result of that visit, they decided to open a boarding school in Miami to help the fearful parents get their children out.

For the purpose of finding a suitable building for the boarding school, Mr. Baker traveled to Miami a month later.  In Miami, he heard about Father Walsh and of his plans to provide care for unaccompanied Cuban refugee children.  He paid a visit to Father Walsh, who pointed out to him that the boarding school would be only a partial solution, and that the legalities of custody would eventually surface if separation from their parents became lengthy.

Father Walsh thought that the best way to handle the situation was through a social agency, and insisted that the younger children belonged in foster families, not institutions.  Also, there was the concern that Jewish and Protestant children would be coming, and assurance must be made to their parents that their religious heritage would be respected.

James Baker determined that the best way to handle the situation was to work together with Father Walsh.  He estimated that 200 unaccompanied children would be coming.  He would arrange to get them out of Cuba; Father Walsh would then be responsible for receiving them upon arrival at Miami International Airport and provide them with proper care, until Castro was overthrown and they could return to their parents in Cuba.  Thus the yet-to-be-named “Operation Peter Pan” was created.

To help Mr. Baker raise the funds for this operation were a group of members of the American Chamber of Commerce in Havana whose properties were confiscated by Castro.  They were in Miami in a wait-and-see mode,

watching the developments in Cuba.  Judging by Castro’s brutality, violations of human rights, and the increasing internal opposition to the regime, they agreed that it was a temporary situation until Cubans would gain the democratic change they wanted.  These businessmen wanted to help spare the Cuban children from a possibly bloody struggle.