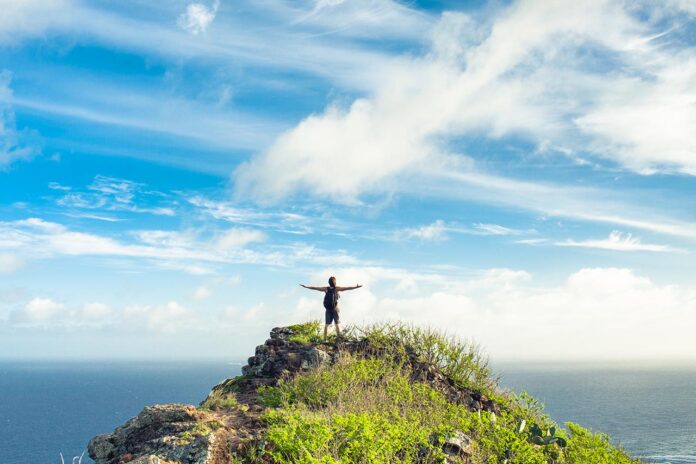 Academics would have you believe we have evolved beyond the need for God.  Prayer and divine guidance are archaic and unnecessary.  However, it’s those academics and “experts” who are leading the charge into cultural decay.

The experts say toddlers should be able to choose their own gender, all whites are privileged, the police are hunting down black men, burning down cities is peacefully protesting and America is inherently evil.

It seems to me the more educated America becomes, the more amoral it becomes?

Why is America suffering from such cultural rot? 2020 forced many of us to ask “why.”

Wokeafarians would have you believe it’s systemic racism, white supremacy and privilege.

Is anyone asking it’s because we no longer revere God?

Most of us know why.  Come on, you know it.  Think deeply.  What’s the thing you know but you’ve been conditioned to be embarrassed about?  Mocked even.

Have you rolled your eyes at someone who said something like: “The world needs a little more Jesus in it.”?

For invoking the name of Jesus? How have we wondered so far that the mere mention of Jesus’s name brings ridicule and feelings of embarrassment?

We are supposed to be comfortable calling a male “she”, but mocked if we thank Jesus by name or ask for God’s help?

There are two great nations on this Earth built because of their covenants with God.  If that sentence makes you uncomfortable – you are going to have to get over it.

God chose the Jewish people and promised to protect them always, “if” they lived their lives according to his Commandments.

Our Founders chose to build a country based on those same Judeo-Christian Laws.

There are only 10 Laws and they are pretty basic: love the One true God; have no idols; don’t disrespect God; set aside a day of the week to rest and honor God; respect the wisdom of your parents; don’t kill; don’t cheat on your spouse; don’t steal; don’t lie and don’t be jealous of what your neighbor has.

How is it going for America?

Not so good if you’re asking me.

Most of us are so separated from God we don’t remember how much he still loves us; we idolize actors, sports figures, musicians and politicians; we don’t know how to sit still let alone thank God for all we have; parents are seen as stuck in the past; murder, cheating, and stealing are more times than not caused by the last Commandment to not want what our neighbor has.  Keeping up with the jones – the expectation of “equity” is, in my opinion the sin that makes us break most of the other nine Commandments.

“Equity” is a toxic word that needs to be removed from society.

America is currently waging a war with itself.  It’s so lost in accumulating fame or “things” it’s being manipulated into believing the reason you don’t have “things” is because the white guy or the brown guy or the black guy is to blame.

Their motives are irrelevant.  If we put down our stones, stop pointing at each other and blaming the guy to the left and right of us for our lack of “things”, we might discover it isn’t the lack of “things” making us unhappy.

This weekend we all need to take some time to put down our stones and find a quiet place to stop and ask God, the Creator, the Universe, by whatever name you call him and ask for some divine guidance.

America rose to the most kind and blessed country on the planet because of its connectedness and covenant with God.  We promised to be a beacon of light in the world, to serve God and to share God’s glory.  In return we would receive God’s blessing of protection, peace and prosperity.

We haven’t kept our part of the bargain.  Why are we surprised God isn’t keeping His?

An Indiana woman is suing the CDC, Sephora, Krispy Kreme, and AMC Theatres over COVID-19 mask requirements, saying her lawsuit was a calling from...

10 Reasons Making it to Church Will Improve Your Week