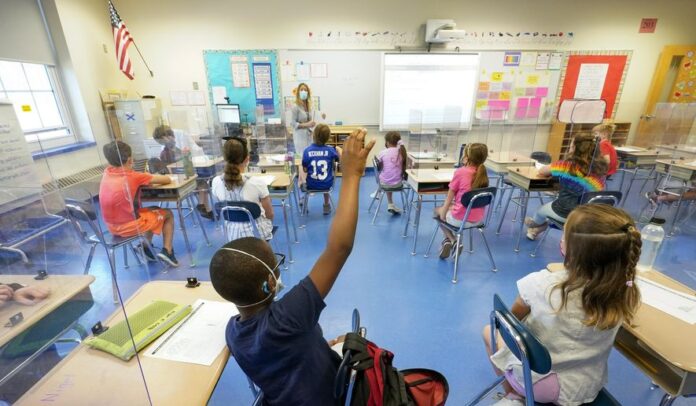 Middle school students in Buffalo, New York, were assigned to read an essay as part of the district’s “emancipation curriculum” this year that “the United States was founded as a racist society.”

As homework, they were to read an essay stating that “all White people play a part in perpetuating systemic racism.”

Eleventh-graders in Seattle Public Schools will be taught critical race theory as part of a program inspired by the Black Lives Matter movement.

Central to the theory is the idea that U.S. laws and institutions are inherently racist and that Whites still oppress Blacks and other people of color more than 150 years after the end of slavery and decades after advances of the civil rights movement.

This school of thought is spreading rapidly through American classrooms, workplaces and government offices. It grew out of a field called critical legal theory, which took root in the 1970s, according to the American Bar Association.