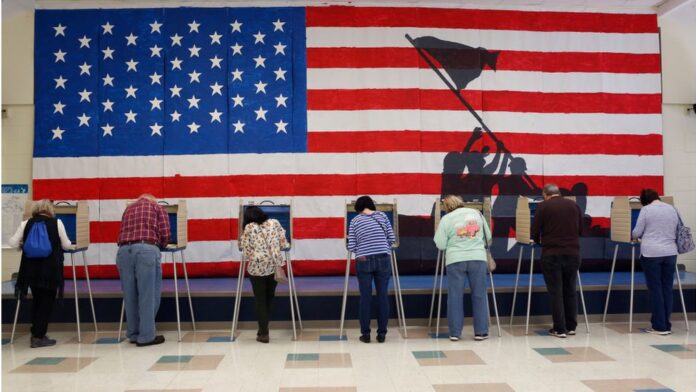 [This article originally appeared April 2010 in The Tentacle.]

At the heart of every political struggle is a sacred cow, whether it’s the Second Amendment, the welfare state, creeping socialism, the war on terror, or Roe v. Wade. On opposing sides are those who want to lead the cow to slaughter, and those standing guard with shotguns at the barn door.

Because what outrages politicians, activists, and political movements often sheds more light on their motivations than any of their publicly stated positions, here is a list of some of the modern American Left’s most reviled people, objects, institutions, and ideas. The list is broad but not exhaustive, based on many years spent around leftists in the fields of public and private education, and the observations of some astute friends.

Below are some of the things that most infuriate “progressives,” followed by a brief explanation. The mere mention of these words will cause the typical left-winger to see (even more) red:

Cars — especially SUV’s; the bigger and safer the vehicle, the worse. For leftists, cars are a polluting, annoying expression of individual freedom — a painful reminder that the longstanding efforts of social engineers to herd Americans into mass transit remain unfulfilled.

In one of the motorcycle-related conversational forums that I frequent, a well-meaning and apologetic leftist asked the question, “Is motorcycling green enough?”  The implication being that we should apologize for having fun on motorcycles at the expense of the environment.  After all, we do burn fossil fuel in our machines (not on the same level as SUV’s, but we still burn some).

Then we mount our big road bikes and ride to eat, and eat to ride.  We ride too much, eat too much, and have too much fun.  Heaven forbid!

Guns — and the irritating insistence of “gun nuts” (anyone who owns a gun legally) to look after their own safety, rather than trust in the benevolence and capabilities of the all-protecting state.  By the way, I choose not to own a firearm.

Suburbs, AKA “sprawl” — and the selfish desire of so many Americans to own their own homes with their own garages (sometimes used for housing motorcycles and lawn tractors) and their own backyards.

Straight white men — especially the dead ones that once dominated classroom curricula, and any institutions where they once flourished, such as military academies, golf courses, prep schools, and fraternal organizations.

Jokes about most anything else — except for the items on this list.

Traditional families — Heather’s mommies both deserve full health benefits now, but married couples ought to be penalized with higher taxes until they either die or divorce.

Abstinence — and for that matter, all traditional sexual mores; also, anyone so backward as to demand them of their children, clergy, or politicians.

Tobacco — the one form of instant gratification the Left won’t permit.  (I love a good cigar, as long as buying one doesn’t help Raúl and his cronies.)  I wish the Left would hate the Castro brothers, or their Venezuelan cousin Maduro, as much as it hates “Big Tobacco.”

Religious “zealots” — that is, adherents of any faith that that makes claims on the existence of right versus wrong, especially Catholicism, Orthodox Judaism, Mormonism, and Evangelical branches of Christianity (but not Islam).

The rich — anyone who has earned a lot of money doubtlessly did something wretched to obtain it, and thus deserves to have it forcefully taken away. (Rich leftists excluded.)

The middle-class — and their contemptible bourgeois values.

The poor — so long as they aspire to become middle-class or rich instead of remaining happily dependent.

Vouchers — a threat to unions, social engineers, and the government monopoly on public education.

Charter Schools — who dare deviate from the standardization of public-school curriculum, for providing choice to parents from the one-size-fits-all mentality of public educationists.

Home-schooling — a threat to unions, social engineers, and the government monopoly on public education — and a favorite among the religious zealots.

Standardized testing — or, for that matter, educational standards of any kind.

Real sports — the kind with winners and losers, where factors such as height, strength, intelligence, or skill can determine outcomes.  Also, dodgeball is bad.

Missile defense — and most other efforts of the USA and allies from foreign attack. Iran has the right to defend itself, but not Israel, the Czech Republic, Estonia….

American “hegemony” — defined as any expression of American interest that contradicts the conventional wisdom of the croissant-munching “international community.”

McDonald’s — for selling fatty foods containing red meat and marketing them to minors, and for doing what socialism never could: feeding billions and billions on the cheap.  Also, for serving coffee that is too hot.

“Big box” stores — like Home Depot or Wal-Mart, for killing the small businesses that taxes and regulations couldn’t.

Successful businesses — they must be ripping off their “stakeholders.”

Failed business — they must be ripping off their “stakeholders.”

Nuclear energy — even if it is all the rage in Yurp.

All other kinds of energy — except for those considered either untenable or prohibitively expensive.

Clarence Thomas — for acting, thinking, and speaking in a manner inappropriate for successful black citizens of the USA.  Tom Sowell is a racist.

Laura Schlessinger — for acting, thinking, and speaking in a manner inappropriate for successful female citizens of the USA.

Rush Limbaugh — for thinking and speaking.

Sarah Palin — a female conservative, to be vilified at will.  She’d be easier to swallow if she’d just shut up and pose nude for Playboy.

Police officers — Latent racists and unrepentant thugs, every one of them, particularly those who, like Sgt. James Crowley, “act stupidly.”

Individual responsibility — the government causes AIDS, poverty causes crime and terrorism, and discrimination is the root of all inequality.

Anything that isn’t safe — and anything that might not be safe. For more clarification, contact legal counsel.

The wood-burning fireplace — In California, activists on the Left, aka environmentalists, have banned them from being built in all new homes. Too many harmful emissions.

I love my Norwegian-built Jøtul air-tight woodburning stove. I so enjoy the aroma of the burning maple and oak that it spews into the atmosphere at the Diaz homestead. The stove is, to this motorcyclist, one of the few pleasures of wintertime.

Israel — Israeli-American relations are the worst they have been in memory. Whose fault is it?  Naturally, of course, the Left blames Israel. For the Left, this is a no-brainer; blaming Israel is as natural as breathing. One just does it.

78% of Jewish voters went for President Obama in 2008.  It looks like the President’s contempt for Israel is finally shaking up the political landscape, since 42% of Jewish voters today say they would vote to re-elect him.  About time, eh?

Dennis Prager, one of my all-time favorite observers and columnists, hits the nail on the head:

“Every poll has concluded that liberals are less happy than conservatives. There are many reasons for this, and given the importance of little joys to happiness, the Left’s religious-like opposition to many of them is surely one of those reasons. The problem for the rest of us, however, is that, like most unhappy people, many folks on the Left don’t like seeing anyone happier than they are.”