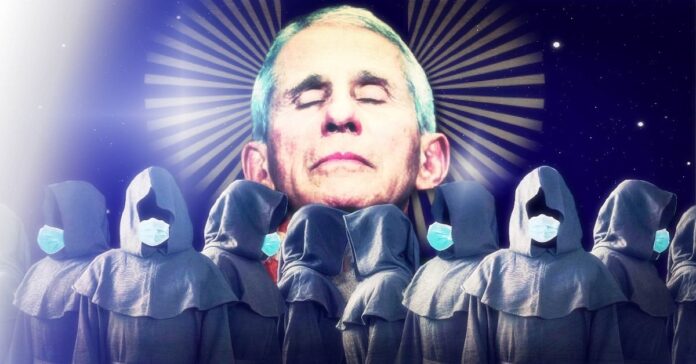 All at once, the powers that be want Covid-19 to be finished. Mere weeks ago, the CDC wanted Americans to wear face masks almost everywhere they went. Now, masks are out. The CDC says people with vaccines no longer need to wear them. They’ve become optional in Virginia and in Andrew Cuomo’s authoritarian bailiwick of New York. It’s amazing what one month of really bad jobs numbers can do to the science.

Whatever its political shortcomings, the Biden administration wants the country reopened and things (mostly) back to normal so they can reap the political dividends of undoing the calamitous lockdowns that liberal ideology created in the first place.

There’s just one problem: The regime’s propaganda was too effective. Millions of loyal cattle are too traumatized to go back to their old way of life. In a recent poll conducted by The Hill, forty-two percent of registered voters and a majority of Democrats said that, regardless of advice from the CDC or other health officials, everybody should still wear masks outdoors no matter what:

For a great many on the left, if not an outright majority, mask mania has become a deeply personal commitment. Despite all the babbling for a year about “trusting the science,” when the official science says to stop wearing masks, millions of the Globalist American Empire’s cattle are proving more loyal to masks than to science. In fact, as a recent MIT investigation discovered, vaccine and mask skeptics are more likely to have seriously weighed the science in question.