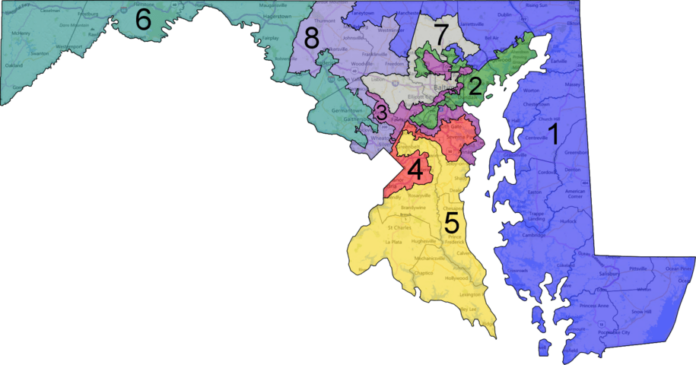 The Maryland Citizens Redistricting Commission will hold its first meeting next Wednesday at 7 p.m.

The redistricting commission is tasked with making recommendations on congressional and legislative maps to Gov. Lawrence J. Hogan Jr. (R), which he will submit to the General Assembly. The introductory meeting comes after commission co-chairs announced the panel’s full membership in mid April.

Commission members will aim to recommend geographically compact districts that aren’t designed to favor any political party over another, and are compliant with the U.S. Constitution and federal voting rights laws. Hogan’s executive order also requires commission members to look at creating single-member legislative districts, and commission Co-chair Walter Olson (R) previously told Maryland Matters that those are still the “marching orders.”

While the commission’s first meeting will be remote, Olson hopes to eventually conduct in-person regional meetings if it’s safe to do so.

“We probably will still be in a phase of doing Zoom hearings for a while, but we don’t want that to keep us from doing hearings with a regional emphasis,” Olson previously said.

Read the remainder of this article by clicking here.
Stay Informed - Share the Knowledge
Advertisement