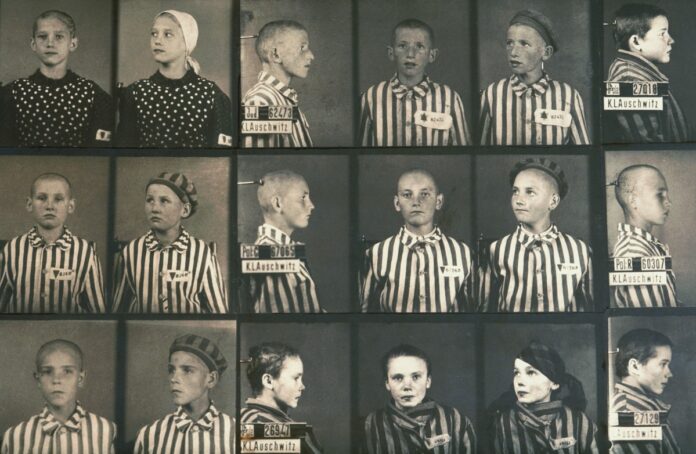 Several far-Left outlets have printed misrepresentations of my floor speech opposing HB 132/SB 41 – lowering the age of consent to 12 years old for children without notice, knowledge or consent of their parents, for mental health (including sex change advice), where I referenced Holocaust Remembrance Day and the 1950 European Commission on Human Rights.

The Holocaust was religious persecution at its worst. The beginnings of religious discrimination over parental medical decision-making is one reason I rose to oppose this bill. I jumped to my feet shocked when the Floor leader in her own words said a “child needs help… [but the] parent says ‘no my religion does not allow it’” – and then said that such parents’ religious faith objections could necessitate the bill, bypassing parents’ knowledge or consent. Such religious discrimination against fit parents and people of faith was never questioned on the Floor except by my fellow Republicans. As the “advice” to 12-yr-olds could include secret chemical sex change advice, my constituents are outraged that any such legislation would be passed by the Maryland General Assembly.

I am proud of my love for the Jewish people and our mutual Abrahamic faith; I am proud of my education, including my doctoral degree with distinction and my professional work for freedom and the families of the poor and downtrodden. Please consider:

• I spent a summer in Eastern Europe and toured four concentration camps and two Holocaust memorial museums, including Krakow’s Auschwitz I, II and III, and the concentration camp in Lublin, Poland called Majdanek. I also stood on the sacred ground of Lidice, Czech and visited the museum where an entire village was demolished and all the men and likely women and children murdered, (except for nine (9) children stolen by the Nazis from their parents such as Maria Dolezalova for “Germanification”).

• I walked through the Death Gate at Auschwitz-Birkenau; I stood in the shacks where people were forced to sleep on their shoulders side-by-side. I entered the gas chamber in Lublin at Majdanek and wept. I stood, removing my shoes, tears running down my face at the ash pits at Auschwitz which were bright green with grass from the human ash still there. I saw in the museum the horrific remnants, the braided and long hair, children’s shoes, and the property of the heroes who died in the camps, and more unmentionable. The unspeakable pain that was inflicted on fellow human beings brought tears to my eyes and I resolved to never let it happen again in my lifetime. That summer inspired me to support the freedoms of the individual; of familial, religious and bodily integrity such as seen in Skinner v. Oklahoma (1942) which banned state-mandated sterilization.

• In my law practice, I have successfully represented Jewish parents and their children from having the children removed because of faith convictions regarding medical decision-making which the State of Maryland was trying to force upon them.

• Additionally, I was part of the legal team representing a Jewish father whose Jewish child was saved from termination in an international unborn child custodial case involving the United States and Israel. Thankfully the courts in Israel and the USA respected the parental right. One of the most joyful moments of my now 15+ years of legal practice was receiving a photograph of his healthy, beautiful Jewish son, born in Israel and thriving.

I am certain that each one of us as Legislators desire the best for protecting children. We disagree sincerely as to the role of the State in these matters pertaining to fit parents and their children. As I said on the House Floor, I meant no disrespect to victims of the Holocaust. I never compared HB 132/SB 41 to the atrocities of the Holocaust and to smear my name as some are doing is wrong. I was clear: the resulting European Commission on Human Rights convention articles on parental and familial rights in the medical care, religious upbringing and all other rights is based upon our 14th Amendment’s protection of such natural rights that come from God alone, not the State, not the House of Delegates, not any medical professional’s subjective decision.

By vilifying in print my floor speech in defense of the human rights of parents in the care, custody and religious upbringing of their own children, the far-Left not only vilifies my commitment to my constituents and to freedom, but prints patronizingly demeaning and false language of who I am as a person.

Is it lawful and/or ethical for leftist press to allegedly coordinate the use of official Maryland General Assembly letterhead from members who are pushing the legislation to vilify me and score what appears to be an attempt at a legislative advantage regarding legislation interfering with parents? Freedom of speech and the press is sacred and should not be used to promote misrepresentations in order to vilify a legislator opposing a bill in coordination with the bill supporters.

Parental rights over their children is sacred and as the Supreme Court has repeatedly ruled (1), is one of the highest and oldest rights of humanity along with the right to life. I will not surrender it to any person or state. The question so-called leftist news outlets should be asking legislators is whether they support, as SB 41/HB 132 authorizes, counseling of 12 year old’s with advice for chemical sex change operations behind their parents’ backs?!

After the debate on HB 132/SB 41, I received a letter from London from a legal expert working for the UK government saying he had watched the debate online, confirming I was correct that after WWII the European Commission on Human Rights was established in 1950 and issued the Convention on Human Rights (2), preventing state interference between parents and their children. This confirmed what I said in our debate – the State must not interfere with the rights of fit parents.

May we come together as Members of the General Assembly to write laws to preserve our liberties so that all of our constituents may prosper. I pledge to do so. After all, we are one human family.