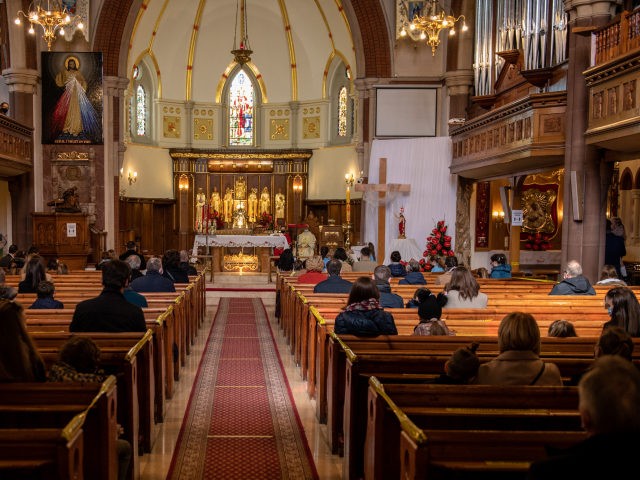 In video that went viral on social media over the weekend, footage from inside the Christ the King Polish Roman Catholic Church showed Metropolitan Police Service officers shutting down a Good Friday service, threatening congregants with £200 fines if they did not leave.

The church maintained that it was following government coronavirus guidance, but police turned up at the Balham, London, church again on Easter Sunday, only this time to leave without issuing fines or dispersal orders.

Speaking to talkRADIO on Monday, Catholic commentator Caroline Farrow called the incidents “very, very chilling” and an “attack on freedom of religion”.

“This is an assault on religious freedom. This is a basic human right that everybody has. If your religion requires you to go to church, which Catholicism does, and you’re not allowed to do that, then that is your religious freedom being impinged upon. There’s no two ways about it,” Mrs Farrow said.

“The fact that there has been no apology from the Metropolitan Police is also quite disturbing,” Farrow said, adding that she believed it appeared the second visit was the police trying to find infractions in order to justify shutting down the Good Friday service, calling it the “mark of someone very defensive”.

“They’ve been caught out… There’s no humility there. It’s them absolutely doubling down on their perceived power and authoritarianism,” she said.