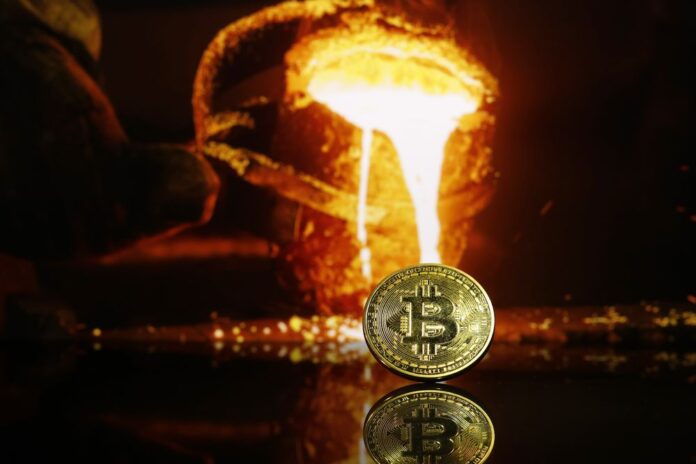 Silver and Gold, and Bitcoin

How to explain bitcoin? As I said a couple of weeks ago, it’s hard to dismiss the digital currency as a classic investment bubble because — unlike any of the other historical manias which have seen similarly extreme gains in price — it has formed a series of bubbles, which have burst and then reinflated. Bubbles aren’t supposed to do this: They are booms grown so large that they cannot gently deflate and must burst, never to return.

Bitcoin has many of the symptoms of a speculative mania, led by the sheer excitement it inspires in its believers. But it’s hard to say what the digital asset’s value should be. Like gold, value is in the eye of the beholder. It has no intrinsic value, and while the same is true of banknotes, it has no government standing behind it.

Plenty of people are grappling with the same issue, and the value of bitcoin might best be derived from its absence. To see how this works, look at the odd relationship between gold and Treasury bonds, in this chart from Gavekal Research Ltd. Generally, Treasuries beat gold when people aren’t too worried about inflation, while gold wins when there are inflationary concerns. Except at present, both are falling:

This is happening despite widespread belief in a new wave of reflationary growth, and a historic amount of money-printing, normally inflationary, illustrated here by growth in M2:

Gold is generally thought of as an inflationary hedge, but if we judge it instead in terms of silver, we see that its price has roughly halved since the Covid panic last year. Gold has grown steadily more expensive relative to silver since the bizarre year of 1980 when prices of both precious metals went bonkers. The last year has seen a spike and then a reversal for the ages: