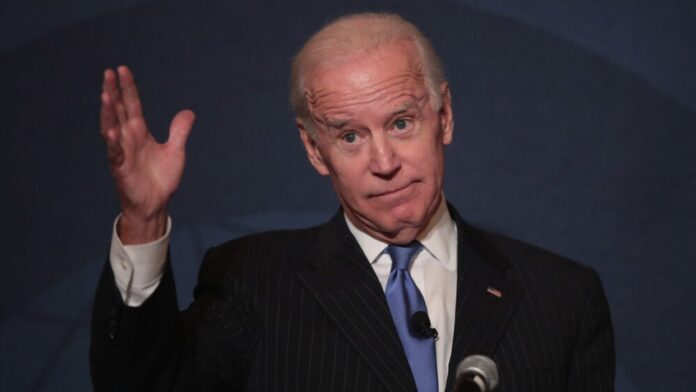 Joe Biden is being presented by the legacy media as a welcome return to normal. He is celebrated for being a “regular Joe,” and media figures are cheering that the news is “boring again.”

In reality, Biden’s political career — which began almost 50 years ago — is replete with lies, hypocrisy, and political flip-flopping. Here is a breakdown of just a selection of the lies and flip-flops that make up Biden’s career.

1968: Biden earned a Juris Doctor from Syracuse University College of Law, ranking 76th in his class of 85. He failed a course after plagiarizing a law review article.

December 18, 1972: Biden’s wife Neilia and one-year-old daughter Naomi were tragically killed in an automobile accident in Hockessin, Delaware. Beau (aged 3) and Hunter (aged 2) survived with injuries. Despite the investigating official reporting the driver of the tractor-trailer which hit Neilia’s car had not been drinking, Biden claimed on multiple occasions that he was drunk.

1976: Voted for the Hyde Amendment, which prevented the use of federal funds for abortion in almost all cases.

1977: Voted against a compromise to allow Medicaid to fund abortions that included exceptions for rape and incest, as well as concerns for the life of the mother.

1983: Voted to “prohibit federal workers from using health insurance on abortion services, with the only exception being to save the life of the mother.”

1988: After previously approving of his hypothetical nomination, Biden stated his opposition to the nomination of Robert Bork to the Supreme Court. Biden then oversaw the hearings, which resulted in the term “borking,” which means to obstruct a candidate by using tactics of defamation or vilification.

1991: Biden also oversaw Clarence Thomas’ nomination hearings, which now Justice Thomas described as a “high-tech lynching for uppity blacks who in any way deign to think for themselves, to do for themselves, to have different ideas, and it is a message that unless you kowtow to an old order, this is what will happen to you.” “You will be lynched, destroyed, caricatured by a committee of the U.S. — U.S. Senate, rather than hung from a tree,” Thomas continued.

1996: Biden voted for the Defense of Marriage Act, which prohibited the federal government from recognizing same-sex marriages.

2006: Joe Biden confirmed his position that “marriage is between a man and a woman.”

Article Adapted from an article on the Daily Wire Joe Biden: 50 Years Of Lies and Gaffes | The Daily Wire