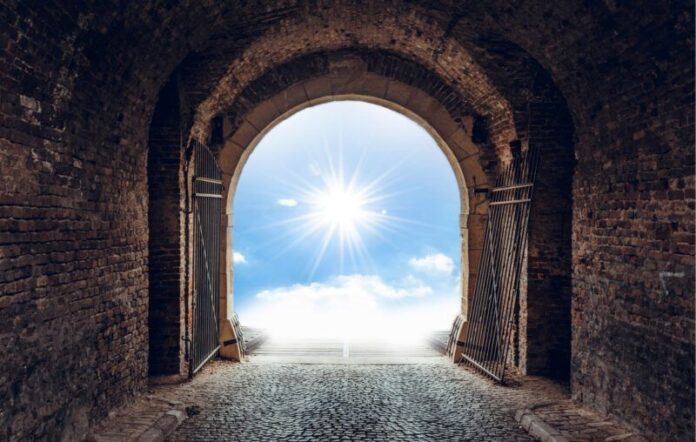 By Jeffrey A. Tucker

There is a sense in the air that the pandemic is winding down, and the toxic culture of division, fear, and hatred along with it. Cases are down dramatically. Deaths too. Hospitalizations are no longer irregular. Restrictions are being repealed. You can follow all the action daily at the CDC’s new and unusually competent landing page on the virus (it only took them a year to build this).

Despite all the talk of a new normal and infinite mandates, there is hope that it could all unwind quickly, pushed by force of public impatience and frustration with restrictions, and a political scramble to avoid responsibility by running away from all that they did for the last year.

The list of signs and symbols could be made very long.

The people who have committed their careers and lives to this pandemic and the policies surrounding it might soon need to find a new raison d’etre. Then the clean up begins – how did this happen, who did it, how to make sure it never happens again – and does not end perhaps for decades.

It’s been fascinating to see the early drafts on the reasons why. There will be some perfunctory efforts to credit lockdowns, masks, human separation, and closures for somehow making the virus go away. The trouble is that there is no evidence of this. There is evidence for many other explanations having to do with herd immunity and “seasonality” (another way of saying the pathogen comes and then goes) and possibly more precision in testing.

For example, this new article by the very sensible Jennifer Beam Dowd of Oxford names many factors (while downplaying the role of vaccines) but says of masks and so on that it is “challenging to identify their specific effects, and cases are dropping in almost all states even with a wide range of policies.”

The reckoning will be taking place for months if not years. In the end people will be left wondering why we took such extreme measures that wrecked so many lives when the endemic equilibrium comes in time regardless of all these measures. We tried a crazy experiment in social and economic control and we are left with scant evidence that it made much difference on the virus but vast evidence that they demoralized and ruined life for billions of people.

What about the opening? There will continue to be those who will cower in fear, still dealing with the deep psychological trauma that comes from watching TV journalists scream panic for the better part of a year. But there will be an emerging majority that will be more than willing to go back to real life.

My go-to book on the pandemic and the response has been Albert Camus’s remarkable novel The Plague. He wrote it as partially autobiographical about his own quarantine. It was published in 1947. It still stands as a brilliant account of the sociology and psychology of fear during pandemic and lockdown.

As we approach the end of the novel, the plague begins to lift, not because of anything that the townspeople did or because of the restrictions on their lives. It lifts because the virus ran its pandemic course. What’s striking is how quickly the dawn of normalcy happens, followed by a new appreciation for life, fun, revelry, and exuberance.

As people begin to see the end, Camus records the fictional scene.

No doubt the plague was not yet ended—a fact of which they were to be reminded; still, in imagination they could already hear, weeks in advance, trains whistling on their way to an outside world that had no limit, and steamers hooting as they put out from the harbor across shining seas. Next day these fancies would have passed and qualms of doubt returned. But for the moment the whole town was on the move, quitting the dark, lugubrious confines where it had struck its roots of stone, and setting forth at last, like a shipload of survivors, toward a land of promise….

In streets and squares people were dancing. Within twenty-four hours the motor traffic had doubled and the ever more numerous cars were held up at every turn by merry-making crowds. Every church bell was in full peal throughout the afternoon, and the bells filled the blue and gold sky with their reverberations. Indeed, in all the churches thanksgiving services were being held. But at the same time the places of entertainment were packed, and the cafés, caring nothing for the morrow, were producing their last bottles of liquor. A noisy concourse surged round every bar, including loving couples who fondled each other without a thought for appearances. All were laughing or shouting. The reserves of emotion pent up during those many months when for everybody the flame of life burned low were being recklessly squandered to celebrate this, the red-letter day of their survival. Tomorrow real life would begin again, with its restrictions. But for the moment people in very different walks of life were rubbing shoulders, fraternizing. The leveling-out that death’s imminence had failed in practice to accomplish was realized at last, for a few gay hours, in the rapture of escape.

And so on goes the opening, slowly at first, then quickly, then all at once. The decisive turn is when the public returns to thinking rationally, refuses to be locked up anymore, and decides to trust themselves and the medical profession rather than the powerful elites who only pretend to manage disease. The trauma lasts, of course, but the healing also begins.

Last April, in a more naive time, I truly did imagine that these lockdowns and restrictions could not last. I had underestimated both the public panic and the government’s willingness to double- and triple-down on unworkable policies.

I also overestimated what I had previously imagined to be a widespread commitment to liberty and property that would have inspired some public revolt early on. So here we are a full year later, with the reports of lockdown carnage pouring in by the day and hour. It’s a gigantic mess, to be sure, but the end does seem to be in view, and thank goodness for that. Let the blowback begin.

Jeffrey A. Tucker is Editorial Director for the American Institute for Economic Research.

He is the author of many thousands of articles in the scholarly and popular press and nine books in 5 languages, most recently Liberty or Lockdown. He is also the editor of The Best of Mises. He speaks widely on topics of economics, technology, social philosophy, and culture.