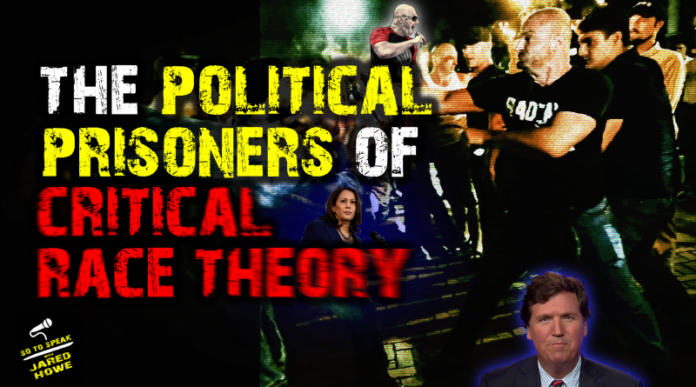 Around 5:00 p.m. On March 16, 2021, a 21-year-old, white male named Robert Long, entered Youngs Asian Massage Parlor and shot five people.  Two died at the scene; three were transported to the hospital where two of them died.

Around 5:50 p.m. Long entered Gold Spa and shot and killed three more women. Across the street from Gold Spa at Aromatherapy Spa another woman was found dead from an apparent gunshot wound.

Four of the deceased women were of Korean descent.  Of the nine victims, six appear to be of Asian descent, three have not been identified.

Per his own confession on the 16th Mr. Long stated the shootings were not racially motivated.  On March 18,  Fox News reported the shooter said he was lashing out and eliminating a “temptation.”

Just after the arrest, news outlets were already reporting Mr. Long’s attacks were not racially motivated and were stating he had attended rehab for a sex addiction and that appeared to be the motive behind the shootings.  Two of Long’s former roommates corroborated this when they said he felt “extreme guilt” about his sexual urges.

Why then on March 19, 2021 did the Frederick County Board of Education release a statement blaming the shooting spree on “racism?”

Per their statement “Board of Education issues statement on discrimination against Asian Americans”:

“The Board of Education of Frederick County (Board) wishes to express our sadness and dismay at the growing trend of discrimination and violence against Asian Americans. In the last year, anti-Asian hate crimes have more than doubled. On Tuesday, March 16, eight people died, six of them women of Asian descent.”

The Board’s statement is misleading the community by inferring the shootings were racially motivated. “These awful crimes punctuate a year in which our communities have been torn by racism, xenophobia, and violence.”

Statements like the following incite fear and mistrust: “Students who have questions or fears about violence, racism, xenophobia and hate crimes should always feel comfortable speaking to their school counselor.”

Who do you speak to when your school is the entity creating the fear and anxiety?

When I pointed out to the Board it was already known the motive was NOT racism, VP Yoho’s response was: “Our statement did not conclude the motive for the mass killing in Georgia..” supported by Ms. Barrett’s response: “As Mrs. Yoho has noted, our Board’s statement did not attach or speculate on motive for the Atlanta deaths.” Reasonable people would agree the statement inferred “racism” was the cause. Why the need to make a statement about racism otherwise?

People who have been paying attention to unbiased news sources know last year’s violence, and racism around the country was caused by FCPS supported Black Lives Matter and ANTIFA.  Those groups spent months burning down small businesses all over the United States.  They created a CHOP (Capitol Hill Organized Protest) zone where mob violence ruled for almost a month.  After a 16-year-old white boy was murdered in CHOP did FCPS send out a county-wide statement condemning his death?

BLM and ANTIFA did a reported $2 Billion dollars’ worth of damage in the summer of 2020. Surely if anything is worthy of public condemnation, terrorizing and burning down a nation is?

As it turns out on June 20, 2020 the Board did issue a statement condemning the “senseless killing of people of color.” However, true to form the Board twists the violence as civil rights movements and completely ignores the facts. By omission of pertinent information George Floyd and Breonna Taylor are presented as innocents, not adults involved in crime. Their deaths were an “injustice” not because no-knock warrants are bad or a police officers actions may have been unwarranted but because Floyd and Taylor were black.

If this is what the Board of Education puts out in public statements, this is what it’s allowing to be taught to your children in their classrooms.

The Board says it wants to hear from “ALL voices” in the community. When I wrote an e-mail to Jay Mason, President of the Board in July of 2020 asking how the public could participate in the Racial Equity committee meeting I was told I could send in an e-mail. I followed up with: “I want to be on record stating my disapproval of this entire process.  Parents have a right to sit in the room where our children’s futures are being discussed.  We have a right to face you while you sit there and discuss how all white people are inherently racist and biased toward people of color.  We have  right to face you while you say all minorities are hopeless victims in capable [sic] of working their way out of poverty or bad choices.“

In Mr. Mason’s response he said: “Your comments are rife with racist language, and it is not appreciated. I would be happy to talk with you, so you can better understand the Black community. If not me, I know many people who will. We work better as one and get more accomplished as a team.”

Because I am white and dared to want to participate in a discussion about racism I was accused of being a racist. As the Critical Race Theory teaching goes, since I was confident and bold I was displaying my whiteness.

Critical Race Theory teaches all whites are born racist and white culture needs to be undone. You may have seen Coca-Cola’s diversity training telling their workers to be “less white.”  Critical Race Theory (CRT) teaches whites to “be less oppressive” and “break with white solidarity.”

In the eyes of the Board since Mr. Long is white, his crime is one born of racism.

Hours after his horrific crimes it was known the killings were not racially motivated. FCPS ignored that to spread the CRT montra – all whites are racist.

Boards of Education and public school systems should not be making public statements about anything that doesn’t concern the schools directly.

Where is FCPS statement on Daniel Elieze Valentin-Morales (a/k/a Daniel Eliezer)? The Frederick News Post reported on March 19 that he was arrested and charged with possession and distribution of child pornography.  Mr. Morales was a substitute teacher for FCPS.  This directly effects our children.  Where is the FCPS condemnation?  Per the article on A Miner Detail, Mr. Morales’ inappropriate behavior was brought to the attention of FCPS years prior, yet he remained a substitute teacher.  The student filing the complaint was not believed over the teacher.  Did race play a role in sweeping this under the rug? #MeToo?

If his name sounds familiar, in October of 2019 Mr. Morales was arrested for intentionally antagonizing people supporting the popular 287(g) program at Baker Park.  A protest of 287(g) that was also attended by Board of Education member Elizabeth Barrett.

The Board and FCPS wants us to see everything through a racial lens. They are using our classrooms to force our children to view the world around them through a very racist, collectivist, Socialist-Marxist ideology.

People deserve to be judged and valued by their individual character and accomplishments not their melanin level.