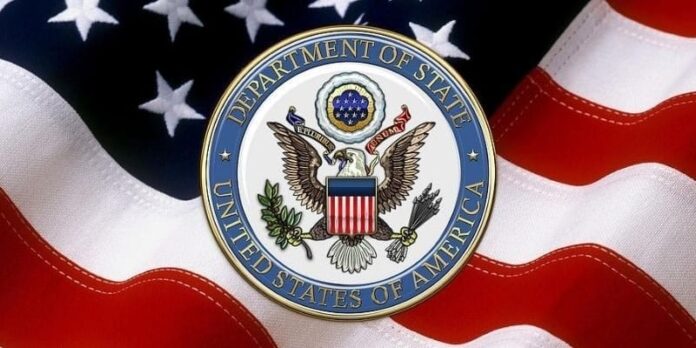 Diplomacy and foreign affairs are essential parts of running a developed country like the United States. Since 1789, the Department of State – also known as the State Department – has been responsible for implementing foreign policy and advising presidents on international affairs.

The Constitution grants the president authority to determine foreign policy. The State Department, headed by the secretary of state, carries out that president’s orders regarding international measures. The secretary is appointed by the president and confirmed by the U.S. Senate.

The secretary is also responsible for protecting American citizens, property, and interests in foreign nations. The department also informs Congress and the American public on the status of U.S. foreign relations.

History of the State Department

The State Department was created in 1789 and was originally called the Department of Foreign Affairs. The first secretary of state was Thomas Jefferson, who later became president of the United States.

When Jefferson occupied the office, the entire department was made up of three clerks, one chief clerk, a translator, and a messenger. It only had two diplomats, one in London and another in Paris. However, the department has grown considerably since then. Both World Wars brought about the need for more staff as the United States established relationships with more nations. As of the year 2000, the department had grown to about 15,751 staffers, and the numbers continue to climb.

Diplomacy is one of the most critical aspects of a government. Diplomats are responsible for negotiating treaties and solving disputes without military action. Sometime, the secretary of state helps to resolve disagreements between other nations as well.

An example of how the state department works is the recent peace deals between Israel and Arab nations like Morocco, United Arab Emirates, and Bahrain. Previously, these countries did not have friendly relations, but the United States helped to work out a deal that created friendly relations between them.

The Department of State serves a vital function for the U.S. Along with the Department of Defense, it helps to keep the nation safe from foreign threats. The secretary of state is one of the president’s most-consulted members of the cabinet, which is why it is important that the commander in chief.

“Liberty Nation GenZ is an educational website for young Americans that seeks to give the next generation accurate and unbiased information on issues of the day. Our mission is to report and analyze public policy, politics, and trending topics in an age-appropriate format, utilizing the founding documents as our guide.”

“Our website is designed for students and teachers to read, participate in, and download. Our open-source content is available for use without fear of copyright or republishing infringement. Liberty Nation GenZ is set up for easy access to information so that teachable moments swiftly become opportunities to stimulate intelligent student/teacher/parent discussion and civil discourse.”

Rolling Out The Homeschool Helper