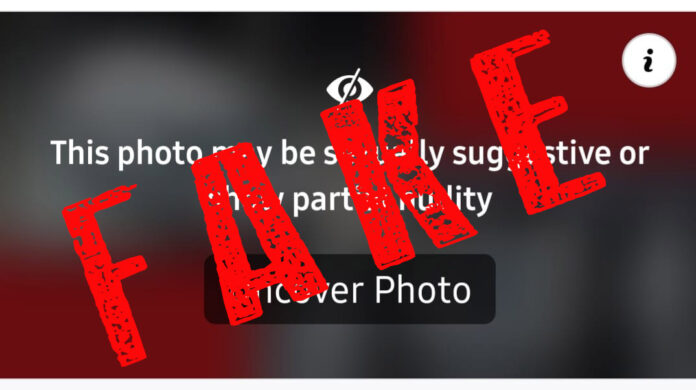 Am I the only one who sees the irony in Facebook flagging “unapproved” content as sexually explicit when it isn’t?  Shouldn’t those flags be reserved for the content that is actually sexually suggestive?

While its platform is host to unflagged article after article on sex trafficking and pedophile rings it reserves the demeaning “sexually suggestive” flag to what in reality is politically conservative content.

We’ve read about a major sex trafficking ring that is no longer being investigated by ICE, because somebody put a hard stop on that.  Then there is the leader of the Lincoln Project sexually harassing minors – where so far, no legal action has been taken.  How many articles were we allowed to read, especially regarding California, that want us to view pedophilia as a sexual preference, not a crime?

With all this insanity going on, why does Facebook feel the need to fan the flames and sink to such despicable levels? We already have enough real issues to contend with.

Until recently conservative Facebook users accepted their posts would get false flagged by the Facebook Fact Checker squad.  Now however, they have hit an entirely unacceptable level of low when it comes to “fact checking” – lower than pond scum.

Accusing someone of posting “sexually explicit” or “suggestive” content is meant to implant a certain impression regarding the person who posted.

Maybe you’ve noticed you, a family member or friend have had posts blocked or slapped with a warning label that may have said: This photo may be sexually suggestive or show partial nudity.

Most people won’t bother clicking to “Uncover Photo” because they are not online for that purpose (most of us anyways. ????).

If you did click on it, you would more likely see an article that is more “right” leaning than Facebook likes, as a result they try to hide it.

They are not trying to “combat the widespread problem of misinformation” as they claim – they are trying to diminish content while demeaning your character. They are betting after you see “sexually suggestive content” you will scroll on past.  They hope if you see it enough times, you will avoid the person or group who keeps getting flagged.

What Facebook is doing is FLAT OUT SLANDER in its most basic form. Slander happens when someone attacks your good character by communicating untrue statements.

SLANDER, a type of defamation is the communication of a false statement that harms a person’s reputation, decreases respect for that person in the community, or induces people to have negative feelings against that person.  There is an abundance of proof online that Facebook has done this to many people, author included.  Can you say class action lawsuit?!?!

It’s clear that Zuckerberg falls short in the morality department, but I cannot help but wonder, at what point does he stop? Where does he draw the line…is there even a line to be drawn? Is he going to accept the accusations of slander or will he throw the blame elsewhere with some technical rant about how he had no idea this was being done under the Facebook umbrella?

In 2016 Facebook bent to the pressure of the Media and created “Fact Checkers.” These fact checkers go through posts and websites and stick harassing messages on any and all posts they do not like or agree with.  Most are right leaning.  They’ll claim the posts contained, “false” information or missing and disputed content.

I challenge anybody to find me a single political article that is not disputed by somebody. Find me a liberal piece that has been flagged or banned.

Often flagged posts result in the user being temporarily banned, blocked or deleted all together.  Posters who experience this also have their post reach limited.

Facebook is picking and choosing who can read what content.  They have proclaimed themselves the authority of free speech – no speech is free unless it goes through and is approves by Facebook almighty!

It became normal, we got used to it and went along – until now.  They have overstepped by resorting to slanderous lies!

Why would Facebook start labeling right leaning articles or memes as sexually explicit content when they have nothing whatsoever to do with nudity or sex?

Perhaps there is more to the story?  Stop back tomorrow and we’ll explore my theory.