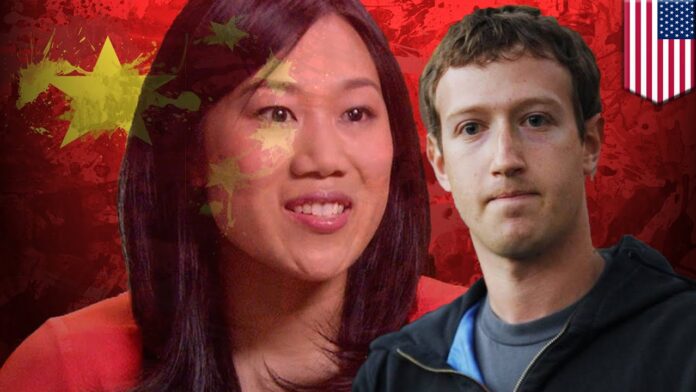 In May of 2020, Facebook CEO Mark Zuckerberg said, “ I don’t think that Facebook or Internet platforms, in general, should be arbiters of truth. I think that’s kind of a dangerous line to get down to in terms of deciding what is true and what isn’t. And I think political speech is one of the most sensitive parts in a democracy and people should be able to see what politicians say and there’s a ton of scrutiny already. Political speech is the most scrutinized speech already by a lot of the media, and I think that will continue. Of course, we have lines.”

“Because we don’t want to be determining what is true and false, doesn’t mean that politicians can say whatever they want,” he continued. “And our policies are grounded in trying to give people as much of a voice as possible while saying if you are going to harm people in specific ways if you are going to do something that’s going to cause violence if you are saying that something is a cure to a disease that has been proven to be a cure, but it’s not, and that could lead people to either not seek another treatment or do something that could be harmful, we’ll take that down no matter who says that”

If that is any sign of his true character, it shows just how duplicitous and despicable he really is.

Obviously Zuck does not actually believe what he said, because he was quick to continue adding event after event that continued to divide the country. He used fear mongering tactics to keep everyone in line. He is selective about who Facebook censors.

He either bent to pressure of the powerful and elite or profited from the money he made off them.

What makes the entire “fact checking”, censorship controversy infuriating is who their major fact-check company is.  It’s Lead Stories. If it sounds familiar it might be because they are currently being sued by Candace Owens.  It’s also run by an ex-CNN reporter of 26-years, Alan Duke.

No conflict of interest there – nope.  Clearly CNN is bi-partisan and would never ignore the facts to fit the narrative they continually push.

The scary part isn’t with who runs it, but where their funding comes from.  Lead Stories is funded by Facebook, Google and Byte Dance. Byte dance is a Beijing based spyware company that also owns the TIKTOK app.

Our own Justice Department has said TikTok is a national security threat – a mouthpiece for the Chinese Communist Party (CCP).  Essentially, Facebook is paying the Communist Party of China to censor content here in America. The CCP has more say about what content we post on social media than the first amendment.

The same CCP who is conducting torture and mass sterilization on Muslim Uyghurs and requires their citizens to maintain a “social credit score” in order to be a part of Chinese society.

Let’s not forget on November 22, 2016 the New York Times published an article: Facebook Said to Create Censorship Tool to Get Back Into China. Facebook is not only OK with censorship, it profits from it.

Candace Owens summed it up perfect when she said, “This is insanity. It’s un-American. It’s dangerous and it needs to stop.”

It is important to point out once again that according to Zuckerberg he was not trying to control people’s thoughts or speech, this was all done to help America by attempting to “combat the widespread problem of misinformation.” The information that they didn’t want people knowing.

All this makes me wonder if they are in support of, extorted into or financially linked in any way to those who intentionally turn a blind eye to sex and human trafficking, pedophilia, organ harvesting and child labor

While it may seem like a far leap, ask yourself this, if they are allowing the CCP to control what Americans can post or view on Facebook, where do they draw the line on the Communist Party’s control?  After all China is one of the top-ranking countries when it comes to human and sex trafficking. According to the Global Slavery Index, they estimate on any given day in 2016 there were over 3.8 million people living in conditions of modern slavery in China, a prevalence of 2.8 victims for every thousand people in the country. That does even include the figures on organ trafficking.

When are people going to take a step back and see what is REALLY happening?! It is not like they are even attempting to hide the truth anymore.  The problem isn’t what Facebook and other media conglomerates are doing – the problem is what the people and their elected officials are allowing to continue.

Why do they hide what they hide, yet partner with a country whose crimes against humanity are unequaled by any other nation?

What happened to America, “Land of the Free and Home of the Brave?” Does anybody care about what future generations are going to be left to endure?