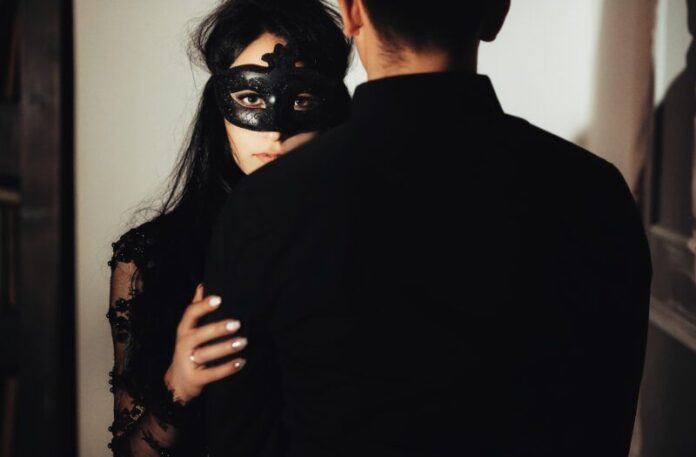 I envy the reader who can reach the end of Alex Berenson’s Unreported Truths About Covid-19 and Lockdowns: Masks, without tearing her hair out in frustration at the absurdity of the world today, which apparently is not so different from the one that Galileo inhabited four centuries ago.

Berenson makes an airtight case (no pun intended) that there is no evidence whatsoever that surgical and cloth masks work to control coronavirus spread, and a substantial amount that they do not. Nevertheless, as anyone who has tried to discuss the topic in a blue state knows, the subject has been so politicized that to make this contention amounts to heresy.

This is the third booklet in a series, Unreported Truths About Covid-19 and Lockdowns. The first two focus upon the deleterious effects of lockdowns and overestimation of the virus’s dangerousness. Berenson, who used to work as a reporter at the New York Times before he became a full-time novelist, has been known from the very beginning as a coronavirus “contrarian,” and has since attained unofficial status as king of the lockdown skeptics. As his Twitter profile famously depicts him smiling sardonically with a mask under his chin, it is about time he addressed the subject.

Initially, Berenson documents the so-called experts’ notorious about-face on masks this past March. Having said for weeks that face coverings do not stop transmission of the virus, Anthony Fauci, the Centers for Disease Control (CDC), the Surgeon General, and others, did a 180 virtually overnight. The common explanation for this sudden change is that the first message was disingenuous, and given only to prevent a mask shortage among health care professionals. Berenson eschews this interpretation, arguing that the initial message was correct, but these people and institutions succumbed to political pressure.

What is the proof that this was political? Although Berenson does not explicitly state as much, it is worth noting that former President Trump immediately defied the idea of mask-wearing, as did many of his supporters, which I believe led to the extreme reaction in the opposite direction among Democrats and liberals.

Berenson points out that immediately, when mere weeks and months before Americans had been told not to wear masks, newspapers and magazines began publishing “insufferably arrogant” pieces portraying those who resisted mask-wearing as cretins, narcissists, and even sociopaths. This plays into the idea, held by many in this country, that those who are not on their side politically are fundamentally different, morally inferior, or perhaps even evil. Thus, to suggest that people who resist masks are narcissists or sociopaths fits squarely into the narrative that the political other is less-than.

But the real evidence lies in the fact that, contrary to the dogma that has taken root in American society, especially in Democratic circles, there is simply no scientific substantiation for the claim that masks, as they are worn in everyday life, protect either the wearer or those who encounter her. In Berenson’s words, “The evidence that face coverings do any good turns out to be even more porous than the masks themselves.” In my opinion, were the subject not so politically fraught, it is unlikely that the scientific evidence would be ignored.

Berenson describes the studies that evaluate whether surgical and cloth masks protect the wearer, and his verdict will, at this point, be unsurprising. Theoretical evidence establishes that surgical and cloth masks “offer next to no protection” because the virus typically travels on particles so small that in order to provide protection, the material must be fine enough to catch nearly all aerosols and droplets.

Apart from N95 respirators, which also are more effective because they are fitted to the individual’s face, masks are not made from such material. Not only are N95s expensive, but worn properly, they are “suffocating, uncomfortable, and difficult to tolerate for long durations.” Thus, as a practical matter, if non-medical professionals are going to wear face-coverings for an extended time period, they will be standard cloth or surgical masks.

The yet stronger proof, from randomized controlled studies (RCTs) — the “gold standard” in science – is overwhelming that these masks are not effective. As Berenson explains, research from Hong Kong and Vietnam found no evidence that surgical masks reduce influenza transmission, and evidence that cloth masks increase rates of infection, respectively.

The first large RCT, conducted in Denmark specifically to assess the utility of masks against SARS-CoV-2, found no difference in rates of infection between those who wore and those who did not wear masks (I have previously analyzed the distortion of the study’s results, especially by the New York Times and other center-left publications).

As for the proposition that masks may not protect the wearer but do protect those around her, again, “masks have almost no chance of catching most of the particles we exhale” because of the particles’ size, as explicated in a paper published in the Lancet. (From a logical standpoint, I have never found the concept that masks can protect those around the wearer though they do not protect her to be persuasive: either the mask functions as a barrier or it does not, although I am not a scientist and perhaps am missing something).

Berenson notes that the author “did not go so far as to call masks useless – a near impossibility in the current environment – but he was lukewarm at best on their value to protect other people even in the most obvious case, when they are worn by symptomatic cases in hospitals.”

Similarly, on June 5, the World Health Organization (WHO) released a paper stating that “widespread use of masks by health people in the community setting is not yet supported by high quality or direct scientific evidence and there are other potential benefits and harms to consider.”

Again, given the political climate, the WHO “chok[ed] out” a tepid endorsement of mask usage: “Governments should encourage the general public to wear masks in specific situations and settings.”

Berenson compellingly dispels the myth that observational studies prove masks’ efficacy, such as the much cited salon in Missouri where two hairdressers who had coronavirus symptoms wore masks and did not infect 139 clients. As Berenson notes, there are countless other explanations for this result. For example, maybe the salon had good ventilation, or maybe the hairdressers were not very infectious. Despite the lack of scientific and intellectual rigor underlying it, this anecdote served as the rationale for many jurisdictions’ mask mandates.  Moreover, the remaining observational data points staunchly in the opposite direction: worldwide, rising cases are not correlated with mask usage.

As anyone who has become embroiled in the mask debate knows well, the next question is always, why not wear one, since we don’t know for sure and there’s a chance they help? As Berenson argues, government directives should be supported by some evidence.

It has not been disproven that five-minute headstands prevent coronavirus spread, but most of us would see a problem with government requiring us to stand on our heads for five minutes a day just in case. Put otherwise, allowing the government to make rules without adequate evidence they are effective creates substantial danger that it will issue arbitrary directives to give the appearance of doing something.

Furthermore, as Berenson explains, masks are not harmless. He details two 2013 decisions from Canadian arbiters, addressing a challenge to hospital rules requiring nurses to wear masks if they had not been vaccinated against influenza. Both arbiters found in the nurses’ favor, and determined there was limited or no evidence that demonstrated the “utility of masks in reducing transmission” and substantial harms, including discomfort and skin irritation.

Although Berenson does not discuss this, widespread, long-term mask usage may cause significant psychological damage, especially to children and babies and even more so to those with disabilities such as autism. Even the New York Times acknowledged that masks likely impede children’s cognitive development, despite reaching the irrational conclusion that such harm is inevitable.

One of Berenson’s most critical points is that there is now substantial evidence that the coronavirus is very rarely, if ever, spread by asymptomatic individuals. The belief that asymptomatic transmission was one of the primary forces driving coronavirus spread propelled lockdowns and universal mask requirements in the spring.

If only symptomatic people spread the virus, then there is no justification whatsoever for quarantining and masking healthy populations: all that societies must do is ask people exhibiting symptoms to stay home.

Several large, recent studies have established that asymptomatic transmission of the coronavirus is exceedingly uncommon, if it occurs at all; the WHO has also recognized this fact. Of course, these studies have been entirely ignored by the media. Those who have staked their personal and professional reputations on the efficacy and necessity of lockdowns and mask mandates cannot now acknowledge having made such a grave, crucial error.

Berenson ends by theorizing that mask mandates appear to reflect “an effort by governments to find out what restrictions on their civil liberties people will accept on the thinnest possible evidence . . . Today, we must wear masks. Tomorrow we’ll need negative Covid tests to travel between countries. Or vaccines to go to work.”

As I have written in the past, I agree resoundingly with Berenson’s conclusion, although I tend to blame governmental incompetence and refusal to concede error as well as more nefarious motives.

Of course, the media is at fault too, with publications and television channels such as the New York Times, Washington Post, CNN and MSNBC promoting a blindly pro-lockdown, pro-mask ideology, at the same time discounting the evidence pouring in from all corners of the earth that lockdowns do not work as long- or medium-term solutions while they are destroying millions of lives, and masks are ineffective. Even now, with a vaccine available, the New York Times is publishing articles arguing that the supposedly deadlier new strain of the virus means that countries must lock down harder and longer; Australia expects to keep its borders closed through the end of 2021, if not longer; and the United Kingdom has indicated it will remain in lockdown until at least July.

Berenson sees the writing on the wall. Until a substantial portion of us stand up and make clear that we will not tolerate being stripped of life, liberty, property, and dignity, our governments will continue to inflict these repressive measures.

Jenin Younes is a graduate of Cornell University and New York University School of Law. Jenin currently works as an appellate public defender in New York City. She enjoys running, restaurants, and reading in her free time.

An Urban Organizer Wants ‘Race off the Table’