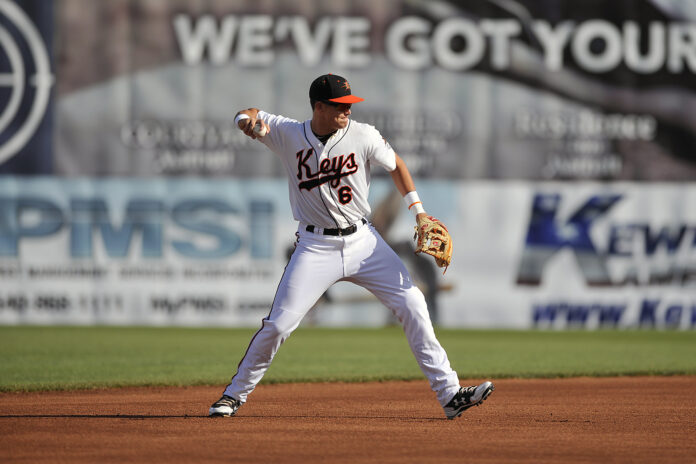 On December 5, 2019 I wrote an article expressing the very real concern of Frederick Keys baseball not returning to the Frederick area.  The great news for Orioles fans in this region and Keys fans locally is those fears have been allayed.

Nearly one year after Keys baseball was deemed to be in jeopardy with Major League Baseball (MLB) a press release from the Frederick Keys announced a continued affiliation with the MLB in the newly minted MLB Draft League.  Play will begin in late May 2021 and end in mid-August 2021.

The Draft League will feature existing former minor league affiliates of all current major league clubs.  It will showcase top draft prospects in a 68-game schedule that is significantly lower than the split 140-game schedule in which the Keys have previously participated in the past.

Regarding attendance during the MLB Draft League season Keys owner Ken Young said to the Frederick News Post “We feel we can come close to 100 percent of our normal attendance even with a reduced number of dates.”

Although the Keys no longer have an official affiliation with the Orioles, more than likely the Orioles and Nationals will now compete to draft Keys players from the Draft League considering the only other MLB franchises in close proximity to Frederick are the Pittsburgh Pirates and Philadelphia Phillies.

Despite the change in format this newly sanctioned MLB league will provide an opportunity for Keys fans to observe the showcasing of potential major league talent. You will have the opportunity to see players prior to their call to the “big leagues.”

The upcoming 2021 MLB draft takes place in July 2021 during the week of the All-Star game and prior to the conclusion of the Draft League’s inaugural season.