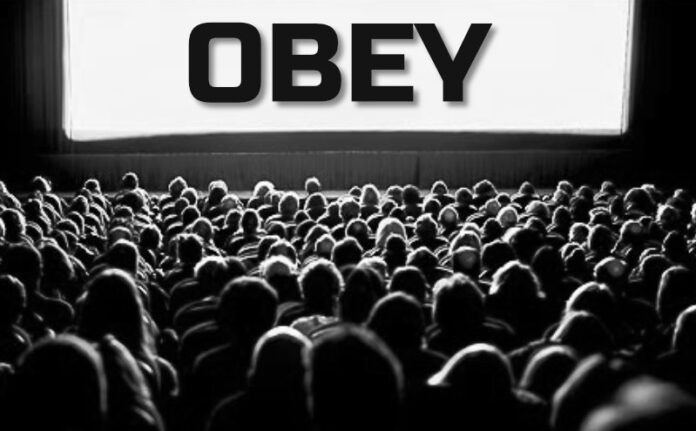 The holiday season is upon us and although it may not seem like it, we have a lot to be thankful for.  We’ve been through a lot this year.  We’ve discovered many things about our friends, family, and elected representatives.

Many of those representatives turned out to be something other than what we had thought.  Many didn’t display the qualities we thought we voted for.  In two years, we can remedy most of it at the ballot box.

Constitutional rights aren’t play toys.  They aren’t to be set aside when people in power believe “they” know better than “we.”  Has the “pandemic” and the election fraud opened your eyes?  Are you awake now to the corrupting ability of power?  Have you grasped the concept you shouldn’t enslave your neighbor because of fear?

We see what happened when journalists went from our watchdogs to the propaganda arm of governments and influential people.  There was no one to keep anyone in check.

I believe most people are good at heart, but I also believe that each and every one of us is corruptible.  It may take some longer than others to get there, but that’s just a matter of time.  It’s our responsibility to let our elected representatives know we are watching them and that there are real consequences to bad behavior.

It’s time to stop giving people a “pass” because we have dinner with them, or our kids play little league together.  We keep each other honest by being truthful even when feelings get hurt.   Despite what public education has been teaching for decades you do not have the right to not get your feelings hurt.  It’s time to let go of that myth.

Life is hard while simultaneously being beautiful and joy filled.  Those things can occupy the same space. Teaching our young that it would only be fair and beautiful if we never hurt anyone’s feelings was and is dangerous.  It prevents people from accepting a loss or a negative outcome.  Never knowing failure and heartbreak leads to anger and aggression.  We saw it this past year in the burning of cities and the destruction of property.

As free people we don’t legislate good behavior, we model it, and hope others follow our lead.  Good ideas will be embraced, some take time.  Stop thinking every problem can be solved over night or even in your lifetime.

Anyone who supported lock downs, mask mandates, closing businesses and destroying lives for the “greater good” should NEVER be elected to office.  They have demonstrated the content of their character.  They believe others can be sacrificed.  They believe government rules the people vs. people rule their government.  Remember that.

Men and women who supported lock downs and social distancing decided who could keep their job, what business could remain open, when you could shop and that you had to muzzle your face to be a member of your community.  All of that was abhorrent.  That’s not leadership, that’s a authoritarian.

Freedom is risky.  Few things in life worth doing are free from risk.  If someone is risk averse, never elect them to office.  Successful people take risks, and let you decide if you want to participate. Freedom is hard, no one should be taught that it doesn’t sometimes come with unpleasant consequences.

The world has been reset thanks to God’s grace through the iron will and uncorruptible character of one man – Donald J. Trump.

It’s now our responsibility to claw it back, maintain it and never let it happen again.