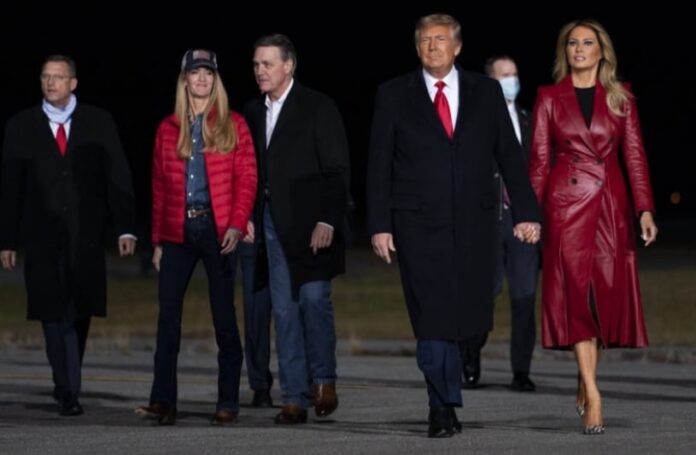 Here I sit on this day December 3, 2020 a proud patriotic American citizen who stands strongly in support of our nation’s President Donald J. Trump.

We are amid an ongoing election battle that I view as an inflection point for the preservation of our beloved America. Our values, our principles and our God-given liberties are under threat because our opposition intend to overturn and destroy our nation as founded and bring us to ruin under a Socialist/Marxist banner.

As Americans who proudly support our President regardless of party, this threat is very alarming. It must be stopped at this pass because as Ronald Reagan said “You and I have a rendezvous with destiny. We will preserve for our children this, the last best hope of man on earth, or we will sentence them to take the first step into a thousand years of darkness. If we fail, at least let our children and our children’s children say of us we justified our moment here. We did all that could be done.”

This quotation from Reagan encapsulates what we face as freedom-loving patriotic Americans. This battle must be waged, or our freedoms will slowly erode to the point that we no longer have them.  The integrity of our elections will forever be a distant memory along with the accomplishments we have achieved for Americans of all stripes under President Trump these last four years.

These accomplishments include but are not limited to the nominations of three constitutionalist judges to the United States Supreme Court in Neil Gorsuch, Brett Kavanaugh and more recently Amy Coney Barrett. Historic funding for Historically Black Colleges and Universities (HBCUs); criminal justice reform, Veteran Administration reform; an extension of the 9/11Victims Families Compensation Fund; trade reform including the United States-Mexico-Canada Agreement (USMCA); as well as middle class tax cuts and record deregulation allowing for businesses and the free market to thrive.

As a result of these achievements for our fellow Americans our country has thrived despite a virus which originated from the Chinese Communist Party. Many Americans including our fellow Marylanders are facing tyrannical edicts that eerily resemble the communist regimes of the past as well as in the present.

In response to these accomplishments by President Trump and to the tyrannical coronavirus edicts handed down by Republicans in Name Only (RINOs) as well as Socialist Democrats at the state level, President Trump received a record 74 million plus legal votes. He rightfully appeared to be cruising to a landslide victory.

Despite this, here we sit in an ongoing election battle thanks to blatant voter fraud and the stealing of our elections by the Democrat Party.  They are being assisted by the corrupt mainstream media who tell us gleefully and falsely that the socialist opposition using Biden as their puppet is “President-Elect.”  They are making a mockery of our magnificent constitutional system of Republican Government devised by our founders.

The importance of standing for our God-given liberties and freedoms “We The People” must stand boldly against the corruption of our electoral system.  This system gives every American a voice, not a select few as leftists and progressives want by tearing down our Electoral College.  They want to water down the strict requirements needed to preserve the majesty of “one person one vote.”

Regardless of political persuasion or party, thanks to President Trump we have seen a movement to renew and “Make America Great Again.”  This movement has brought Americans of all backgrounds to our great conservative cause.

The prosperity these policies brought put America once again at the forefront of freedom in the world as well as put our American citizens first. Therefore, I stand proudly with President Trump in the fight for the preservation of American freedom and election integrity.

A Special shoutout to President Donald J. Trump on behalf of all Americans – I want to say, “thank you” Sir for being America’s warrior and standing in the gap for liberty.