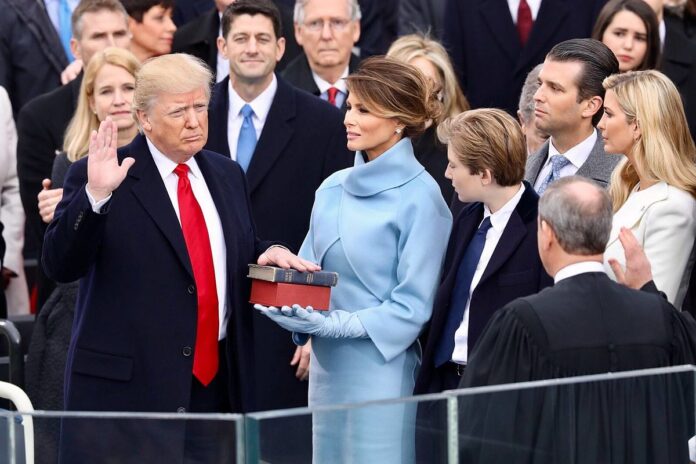 Local and national media are doing the citizens of Frederick a great disservice.  They are purposefully ignoring the fraud that was perpetrated on the American population this past November.   Let me help you understand that on January 20, 2021 Donald J. Trump will be sworn in as the 46th President of the United States.

Believe your eyes and your natural distrust of government and a lot of the powerful people in government.  Believe the instincts that tell you once people get power, they don’t relinquish it easily.  You’ve seen it.  Perhaps you’ve been the victim of it.

Serious people have been reporting how when those controlling the Dominion software saw Florida going big for Donald Trump, they knew they had to take immediate action. When they called Florida for Trump Pennsylvania, Michigan, Georgia, North Carolina, and Wisconsin vote counting stopped.   This has never happened before in an election.  It was the first red flag.  Hours later when vote counts resumed, Trump’s leads evaporated in almost all those states.  That was another red flag and it started people questioning what happened.

The reports coming from respected attorneys like Lin Wood and Sidney Powell are that someone paid to rig the outcome of our election.

Attorney’s from the Amistad Law Project of the Thomas Moore Law Society, have gone so far as to say Mark Zuckerberg has been funding election interference. Per Law.com “Plaintiffs in a federal lawsuit have filed a motion seeking a restraining order to block the use of private funds from billionaire Mark Zuckerberg for use in local election management, a statutory responsibility of state officials including the Pennsylvania Legislature.”

This year was the first year the states in question used the Dominion voting system.  Inside that system (and others) is software that was created for Hugo Chavez so he would be assured of never losing an election.

Understand what they are saying.  Chavez paid for software to be created that would swap votes for a favored candidate during an election.  That software allows for monitoring of the election in real time and for votes to be adjusted accordingly.  The software also allows for there to be a pre-programmed outcome.  It then goes about switching votes to accommodate that outcome. That software was used during our November 3 election.

Many people saw real time when vote swapping happen like in the below video.

Trump’s legal team is inferring the software used in the United States had a pre-determined outcome.  Therefore, when Trump over performed what was programmed to happen in the system, the machines had to be shut down to be reprogrammed to make up for the deficits.  That meant in some places paper ballots had to then be created to match whatever happened inside the program.  The details on exactly “how” are still unfolding.

The election machine tampering is only part of the alleged fraud. Yesterday Phill Kline of the Amistad Project held a press conference and introduced America to a whistleblower.  The whistleblower is a subcontracted driver for the United States Postal Service who says he drove an estimated 144,000 to 288,000 election ballots across several state lines.

In the meantime, your favored news agency is out there telling you no fraud happened or not enough fraud happened to change their predicted outcome of a Biden victory.

They are calling Joe Biden the “President-Elect” when he is in fact, not.  You only become president elect when (1) enough states certify you won and get you to 270 electorates or (2) your opponent concedes.  Neither of these things have happened.

They aren’t explaining to you that President Trump has the Constitutional and legal right to be inquiring into possible fraud.  No one should be outraged by that.  Everyone knows if it were their candidate, they’d want them to do the same.

It’s ok to be mad or sad about the outcome, what is unacceptable is violence.  The media would love to report on a violent outcome, bet your house on that.

It’s imperative that everyone understand this election HAS NOT been officially decided.  Getting Biden supporter’s hopes up is a recipe for disaster.  Let’s face facts, those who support Biden have a harder time coming to grips with reality. Mass destruction and rioting is a real possibility should that happen.  Why do you think DC and other major cities are still boarded up?  What do they know or believe is going to happen that they haven’t reported?

They know when they flip the script, Biden supporters will be ill prepared for that outcome.  Will they remain calm or will they riot and burn down the businesses and homes of innocent people.  People who may very well have supported Mr. Biden.

When Barack Obama won the Presidency, he resigned his seat 10 days later. Why has Kamala Harris not resigned her Senate Seat?

Everyone needs to take seriously and come to terms with Donald J. Trump being  the 46th President of the United States and being inaugurated on January 21, 2021.