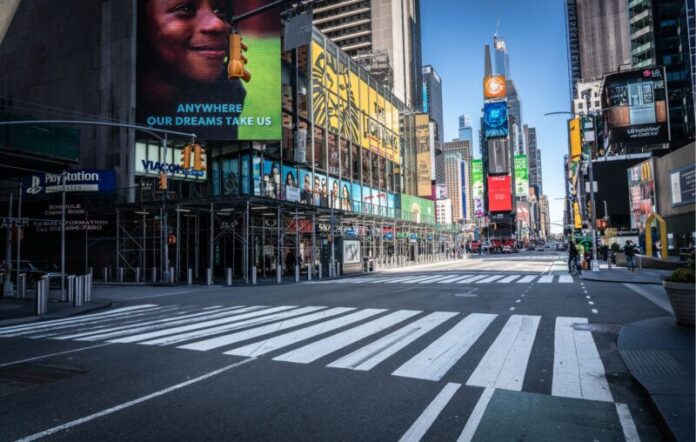 European countries are imposing harsh lockdowns again as a second wave of COVID-19 spreads throughout Europe. It was a mistake last spring, when most U.S. states followed Europe’s lead in imposing lockdowns during the first wave, and it would be an even bigger mistake to copy the failed lockdowns again today.

I was stunned when Italy imposed regional lockdowns in late February and a national lockdown on March 9. In short order, most other European countries did the same. Then, influenced by the sensational predictions from Neil Ferguson’s team at Imperial College London that more than 500,000 Britons and 2.2 million Americans might die from the virus, the United Kingdom and most of the United States followed suit.

Panic and herd mentality drove policy making in March, and frightened populations ceded their personal, economic, and religious liberties on a scale unprecedented even during wartimes. With eight months of hindsight, it seems obvious that the lockdowns did more harm than good on a number of accounts. Not only did they throw tens of millions worldwide out of work, decimating entire industries (think restaurants and bars, travel, tourism, airlines and aerospace), but they also triggered waves of secondary medical problems, including anxiety and depression, increased substance abuse and domestic violence, and other adverse health outcomes as many surgeries and screenings were delayed or missed.

Some economic damage was inevitable because of COVID-19, but long, indiscriminate lockdowns made the contractions much worse. The simultaneous timing of increased COVID cases and lockdowns in March and April made it difficult to determine which was, in fact, causing more economic harm. But as Southern states began to reopen over the summer, both their COVID cases and economic activity surged. The region had the highest number of daily new COVID cases and the lowest unemployment rate (6.9 percent) in the country.

The lockdowns probably did save hospitals from being overwhelmed in New York City, New Orleans, and elsewhere, but hospitals were nowhere near capacity in most of the United States. In fact, because of the widespread cancellation of non-emergency surgeries, many hospitals were overstaffed and laid off workers.

Europe and the United States are now facing a second wave of COVID-19 infections. Over the last month daily cases tripled in France and increased by a factor of four in England, six in Germany, and ten in Italy, according to the New York Times Covid Case Counter. As a result, the countries are locking down again.

France has closed bars and restaurants and is requiring people across the entire country to stay home. Factories can continue to operate but “non-essential” stores must close. The United Kingdom just announced what amounts to a new national lockdown. Germany has shut down its restaurants, bars, gyms, theaters and hotels, and is now prohibiting gatherings of more than ten people. Protests and riots have erupted in Italy over its reimposed restrictions.

Here in the United States, meanwhile, cases have nearly doubled over the past month. California, Massachusetts, New Jersey, New York, and some other Northern and Western states, have kept many of their restrictions in place and are requiring travelers from other states to quarantine. Florida, Texas, Georgia, Tennessee and most Southern and Midwestern states have mostly reopened — and some, such as South Dakota, never locked down.

Even with California, New York, and Massachusetts maintaining tight restrictions on personal and commercial activities, the economic recovery — driven in large part by the open states — has exceeded expectations. The United States recorded its most rapid economic expansion in history during the third quarter (July-September) of 2020 — bouncing back at an annualized rate of 33.1 percent. Unemployment, which hit 15 percent last Spring is now under 8 percent nationally, according to a recent report from the Bureau of Labor Statistics. A second lockdown would smother the recovery while only delaying the inevitable spread of COVID-19.

Instead of following Europe into a second round of lockdowns, the United States should follow the advice of the top scientists and medical experts who have signed the Great Barrington Declaration. They advise avoiding lockdowns and focusing instead on protecting the most vulnerable, letting the disease spread among the young and healthy to build population immunity.

Heeding their guidance would better preserve the economic recovery and more quickly end the pandemic than another round of lockdowns.

Benjamin Powell – Executive Director of the Free Market Institute at Texas Tech University. Serving as a professor of economics in the Rawls College of Business. Senior Fellow with the Independent Institute and co-author of Socialism Sucks: Two Economists Drink Their Way Through the Unfree World.

An Urban Organizer Wants ‘Race off the Table’