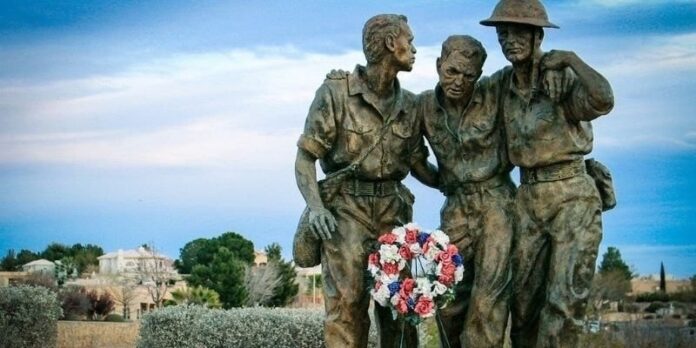 Veterans Day is a time to honor military personnel who have served to protect our freedom and liberties, some paying the ultimate price of their lives. Some make the armed forces their career, and others who serve and then choose another profession.

Nearly half of America’s presidents, beginning with George Washington, have been veterans, as have many other famous people. Here are some well-known veterans who you might have heard of:

Harriet Tubman is most known for her work freeing slaves in the Underground Railroad, but she was also the first woman to lead a military project in her role as a spy for the Union during the Civil War. Working with Colonel James Montgomery, her spy ring freed about 750 slaves in South Carolina.

The martial arts and movie star wasn’t born with those karate chops and kicks; he actually learned them while serving in the military. After high school, he joined the Air Force, working towards a career in law enforcement. While he was stationed in Korea as a security officer, he realized he wasn’t able to arrest violent people without using his weapon, so he started studying Tang Soo Do and Tae Kwan Do. In 1969, Norris won Black Belt magazine’s “Fighter of the Year,” and went on to found 32 martial arts schools, as well as getting hooked on the acting bug. Audiences loved him after seeing his performance in Way of the Dragon. He continues supporting the military and veterans, and on March 28, 2007, he was made honorary United States Marine by Commandant Gen. James T. Conway.

Elvis Presley was already on the road to stardom with music hits such as “Heartbreak Hotel” and “Love Me Tender” when he was drafted into the military. In 1958 he joined the Army and was sent to Germany for around 18 months. During an interview with Armed Forces Radio and Television, he explained the expectations of the fans and how he dealt with them:

“I was in a funny position. People were expecting me to mess up, to goof up in one way or another. They thought I couldn’t take it and so forth, and I was determined to go to any limits to prove otherwise, not only to the people who were wondering, but to myself.”

Kelli Ballard – National Correspondent at LibertyNation.com and LNGenZ.com. Kelli Ballard is an author, editor, and publisher. Her writing interests span many genres including a former crime/government reporter, fiction novelist, and playwright. Originally a Central California girl, Kelli now resides in the Seattle area.