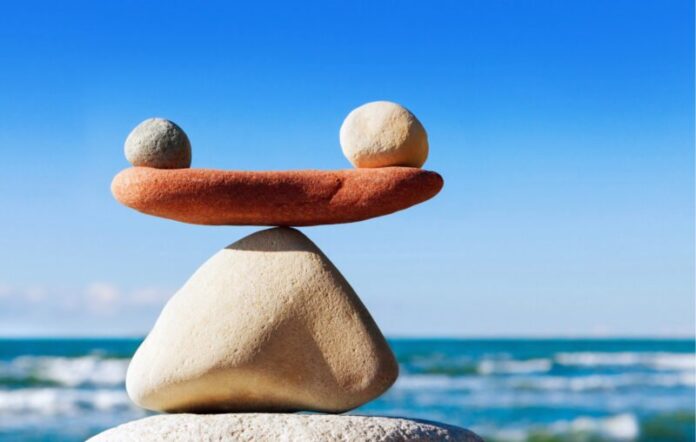 As if our societies didn’t have enough conflicts, we have added a new beautiful way of pitting one person against another: Covid-restrictions. Instead of clamping down with the mighty force of government on some innocent behavior, politicians have outsourced the enforcement of their rules to shop-owners or workers at cafés and restaurants. All over, consumers are pitted against producers (or other consumers) in a way that’s almost entirely absent from regular market life.

It’s strange how quickly it happened and how rarely we notice.

Supermarkets are crowded ‒ not inside, as their capacity is strictly limited, but outside as annoyed shoppers have to wait to pick up their groceries. California’s Governor Gavin Newsom rightfully got ridiculed for insisting that people wear masks in between bites when eating at restaurants. The other day I observed two friends incomprehensibly yelling at one another, unable to hear the muffled words coming through the other’s mask. Recipe for disaster, if I ever saw one.

Occupancy and capacity limits are in play everywhere. States across America limit gatherings, how many guests that commercial places may admit, how many people from different households may meet each other at the same time. Ostensibly to combat a terrifying virus, but it doesn’t take too much conspiratorial leanings to consider that there might be a bigger play in action.

On a daily basis I now encounter conflicts between people that stem from Covid regulations ‒ conflicts that governments have engineered and political talking heads have exacerbated. Guidelines, regulations, bans, and soft rules ‒ faulty as they may be ‒ have people up in arms.

In a free society these everyday interactions are harmonious: I want you to attend my shop, and you may want some of my wares. If you find something you like, at a price you find acceptable, we can both be happy. Patrons of a restaurant are hungry, and its staff gladly supply them with food. While we may quibble about the details, incentives are well-aligned here: seller and buyer both want business transactions of mutual gain to take place.

This is what liberty-minded scholars like Ludwig von Mises meant when they talked about markets leading to social harmony.

The introduction of government changes this. Now we can politically enlist people who force you to buy my stuff, who subsidize my production, who pay for my losses, and who raise regulatory hurdles such that my competitors won’t bother me.

In those examples, the real enemy isn’t the monopolistic firm or the high prices or the hopelessly poor service, but inapt government policies pushing people’s behavior in that direction. In contrast, regular income taxes coming out of your paycheck are honest: whatever your opinion on taxes, you know who the villain is ‒ the government.

With hidden taxes, like payroll taxes for which your employer is on the hook or sales taxes that get incorporated into prices, it just looks like part of the regular market system. You blame the employer for not paying you enough, the shop-owner for charging too high prices, or the landlord for exorbitant rents; that they’re forced or incentivized to do so on a government command or bait isn’t something you observe. The seen and the unseen.

Our Covid restrictions are doing a similar thing now, with waitresses forced to uphold nonsensical rules about maximum capacity in their venues and security guards meticulously managing the number of people in their stores.

Yesterday I observed some loud-mouthed man who was upset about how the waitress had placed the guests. To “counter Covid,” he spitted out in her defenseless face, “you need these people to spread out!” Berating her with the conviction of the epidemiological expert he surely must have been, he rushed off and sat in the far corner, mumbling incomprehensibly about how irresponsible the waitress was. While mild in the cosmic Parthenon of insults that waitresses have ever endured, it’s yet another (unnecessary) conflict over human affairs. Of course, if you’re afraid of corona or somehow susceptible to the disease, you’re free to stay away from places you ‒ or others ‒ deem dangerous. To insist that the rest of us must as well, domineering us about, deserves a special place in hell.

The day before, I entered a store, bundled up with hats and scarves and gloves against the elements, but without wearing a mask. The store-owner, the only other person inside and from a good 5 meters away, started to yell at me for not wearing one and for putting everyone in harm’s way. Every-who? Where are these people of which you speak? I promptly turned around and left.

Or take Sunday last, a family of five (two adults, three young children) looking to have a bite. Nine people in the restaurant, with a maximum Covid capacity of 10, and the family were accordingly told to wait. The annoyance gradually grew, as the kids’ restlessness was rivalled only by the parent’s frustration. There was plenty of space in the already stripped-down venue ‒ but the waitress kept turning them down as the mother politely asked if they could be seated at a table anyway. The waitress refused. Then again, what is she going to do? The family, otherwise a perfectly good customer simply looking for something to eat on a Sunday afternoon ‒ the business of which would likely support the waitress’ salary ‒ is now annoyed and inconvenienced until they give up and go home.

Even though everyone is aware of the governmental overreach into our lives, and that the source of the conflict is them, not us, it’s hard to separate those feelings. It is the waitress turning you down; it is the shop-owner yelling at me; it is the security guard refusing you entry.

Similarly, everyone knows that sales taxes aren’t revenue for the shop, but the anger of high prices still falls on the shop-owner.

We enacted political rules and chose to have them upheld by victims squeezed in the middle. We replaced police officers with waitresses, compliance officers with security guards. If there’s one too many ‒ stop, everybody halt! If we would only form an unorganized and annoyed line outside, the virus might go away.

In a free society, trading, perusing wares, socializing and enjoying the company of others are mutually beneficial, innocent and harmonious actions. In a government-mandated Covid society, these wants are now antagonistic.

Joakim Book is a writer, researcher and editor on all things money, finance and financial history. He holds a masters degree from the University of Oxford and has been a visiting scholar at the American Institute for Economic Research in 2018 and 2019.

His work has been featured in the Financial Times, FT Alphaville, Neue Zürcher Zeitung, Svenska Dagbladet, Zero Hedge, The Property Chronicle and many other outlets. He is a regular contributor and co-founder of the Swedish liberty site Cospaia.se, and a frequent writer at CapX, NotesOnLiberty, and HumanProgress.org.

Consumers Who Want Privacy Are Finally Getting Their Way