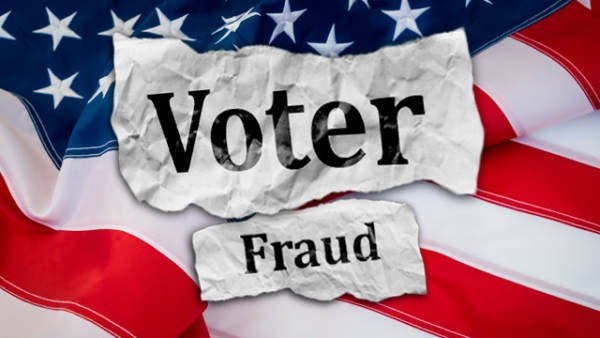 The Tentacle only posts new content on the weekends when it’s important.  We felt this couldn’t wait until Monday morning.

Human Rights Attorney Leigh Dundas was on a conference call with the Trump Campaign Saturday afternoon.  The Campaign is receiving thousands and thousands of reports of voter fraud.

Per Ms. Dundas, in Arizona late ballots are still dropping and are breaking in Trumps favor.  Biden’s lead is down to 20,000.  In Arizona there is an automatic recount when it reaches a certain threshold.

Dundas confirms what we have already heard, Georgia is on it’s way to a recount.  They have multiple reports of illegal ballot harvesting, those ballots would be invalidated.

Nevada has 58,000 mail in ballots and 68,000 provisional ballots that have yet to be counted.  Dundas also reports that 90 days before the election Nevada legislatures pushed through changes in the election laws that allowed for massive mail in voting.  This left no time to make sure voter rolls were cleaned up and opened the gates for massive fraud to occur.

In Pennsylvania there are 80,000 mail in votes and 105,000 provisional ballots still to be counted.  The Trump Campaign has been barred from observing the vote count even after two court orders demanded this be allowed.

News agencies should not be projecting anyone a winner.

Ms. Dundas reports that “they had statistically impossible voter turnout.”  Per Dundas “subject matter experts” are concluding it’s impossible for this level of turnout.   The report she sites says there was an incredible amount of 90-year old’s who registered to vote for this election.  These matters have been referred for investigation.  The Tentacle is trying to locate the actual report mentioned in her video.

The Biden Campaign is rushing to claim victory because they know time is not on their side.  Every day we are learning about more and more voter fraud.

The future of America’s elections are at stake.  People with unlimited power need to be reigned in and held accountable.  It’s time the American people stop pretending our government isn’t deeply corrupt.  It’s time to let go of your partisan ideologies and unify around protecting our elections and our sacred right to vote.

Regardless of if Maryland Voted for Trump this election, this fight is about restoring voter integrity.  Did Maryland vote fair?  Was mass fraud committed?  We won’t know the answer to this unless those of you who experienced fraud or mishandling of your ballot step up.  You know who you are.

The Trump Campaign has a number you can call to report your experience.  Don’t leave it to local authorities who have been ignoring complaints of voter fraud for years.  Call the number and share your information.

If you want to share your story with The Tentacle, feel free to reach out to us and we will let the public know.

The Tentacle believes in the First Amendment and is committed to defending and supporting the rule of law.  EVERY vote counts, even the ones we disagree with.

To donate in the election defense fund click here.

We all want our candidate to be the winner, but we should want it to be a legitimate win.

Republicans … The time is now. We can win the Frederick City Election!

47 States Introduce Election Reform Laws But There’s No Fraud in the 2020 Election?