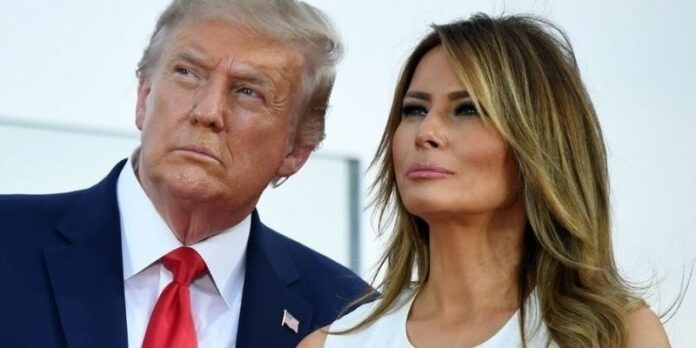 President Donald Trump and first lady Melania have both tested positive for COVID-19. The announcement came late on October 1. Since then, the president has been moved to the Walter Reed National Military Medical Center, where he continues to run the government and his election campaign. Both the president and Melania seem to be in good health with both tweeting positive messages, and Donald Trump making a series of videos.

A positive test result does not, however, mean that the president will get sick. Around 45% of people who do test positive are asymptomatic, meaning that they have no symptoms at all. Also, a large number of those who display symptoms are only mildly sick. But even if the president is asymptomatic or showing only mild symptoms, he could still pass the infection on to others, which is why he is presently quarantining.

The White House physician, Dr. Sean P. Conley, has been providing updates on the president’s condition. He said on September 30 that Trump had a mild cough and a small fever, but after a course of treatment, he was fever-free for more than 24 hours. Dr. Conley said he was “extremely happy with the progress the president has made.”

Many have asked whether the president can continue in his role while suffering from the Coronavirus. So far, he seems to be managing well and not having difficulties carrying out his usual tasks. If his condition deteriorates, Vice President Mike Pence would assume the role of president until Trump is able to resume duties.

Across the country and online, people are expressing support for the president and their hopes that he will make a full recovery.

“Jill [Biden’s wife] and I send our thoughts to President Trump and First Lady Melania Trump for a swift recovery. We will continue to pray for the health and safety of the president and his family.”

In New York, a fleet of more than 100 vehicles shut down 5th Avenue outside Trump Tower in an impromptu rally wishing the president well. Other rallies are taking place with well-wishers gathering together.

Other world leaders who have contracted COVID-19 include the U.K.’s Prime Minister Boris Johnson, Brazil’s President Jair Bolsonaro, Russian Prime Minister Mikhail Mishustin, Bolivia’s President Jeanine Añez, and several others. All have recovered and are back at work.