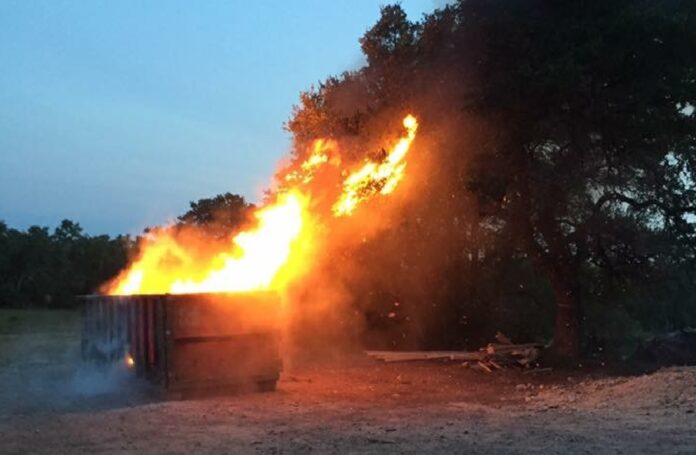 The Tentacle doesn’t usually publish new columns on Sunday, but we felt an exception was in order.  We don’t hear enough about how sharing information can make positive changes in our neighborhoods so when it happens, we want to report on it.

Gather the family and help them understand the power and reasons behind the First Amendment of the U.S. Constitution.  More specifically the clause about freedom of the press.

“Congress shall make no law respecting an establishment of religion, or prohibiting the free exercise thereof; or abridging the freedom of speech, or of the press; or the right of the people peaceably to assemble, and to petition the Government for a redress of grievances.”

When we refuse to report on injustice, injustice continues. Hope is what heals nations and unifies us and should be celebrated. When the good guys win, everyone needs to know. Especially now when fascist Democrats pretending to be freedom fighters have been burning down cities for 100 days straight all across America.

Their message has been: “Give us what we demand, or Rome will continue to burn.”  Isn’t it also fascist to say: “We demand you wear a mask and wear it our way or face public humiliation?”

When a news and information sharing organization does its job properly, lives are made better, communities are made safer.  Alerting the public to menacing behavior in the area should be a priority of any news agency.

On September 2, The Tentacle published Frederick County Karens Bringing The Shame. We reported on this group because publicly shaming, harassing and dehumanizing our friends and neighbors is wrong.

The group’s reason for existing was to humiliate people who not only don’t wear masks, but who don’t wear them to the satisfaction of the posting members of their group.  It also calls out the local businesses and their employees where the infractions are occurring.

The original article was read by thousands of people.  With help from the community, the Frederick County Shaming Wall has been forced underground where it belongs. The vilification and encroachment into an individual’s sovereign responsibility has no place in the public square. Now they can only lecture inside their echo chamber.

Protest the lack of mask use if you must but make your case, don’t single people out or post pictures of them because they disagree with your way of doing things.  Don’t call out the stores where they were doing business. There are facts, science and experts on both sides of this issue.

Prior to the Shaming Wall going “private” the usual posters had gone silent for fear of being seen by friends, colleagues, and neighbors. They didn’t like being held accountable for their inappropriate conduct.  “Inga Q. Watchman” (not a real name) was left on her own to do their dirty work.  Hence their desire to go under-ground.

There is no place in a decent community for shaming your neighbors because you disagree with them.

The Tentacle would  like to thank another local blogger The Hagerstown Report  who also called attention to this group.

If you are a local store owner, or someone who shops locally in Frederick County, we encourage you to join this group and check in on them from time to time.  The life or business you save may be your own.

We also encourage the business community to seek legal action.  This group and its members are harassing your customers and perhaps preventing others from shopping in the posted establishments.  We also suggest clearly posting signs stating patrons are NOT ALLOWED to take pictures of customers or employees. Those caught taking pictures should be escorted out and barred from entering in the future.

It’s time to restore civility in this country.  It’s starts with everyone minding their own business.  Frederick County WALL of SHAME Anti Maskers Exposed wanted to shame you but ended up shaming themselves into silence.

Misguided Voting Cost Us Our Freedom Even In Frederick County