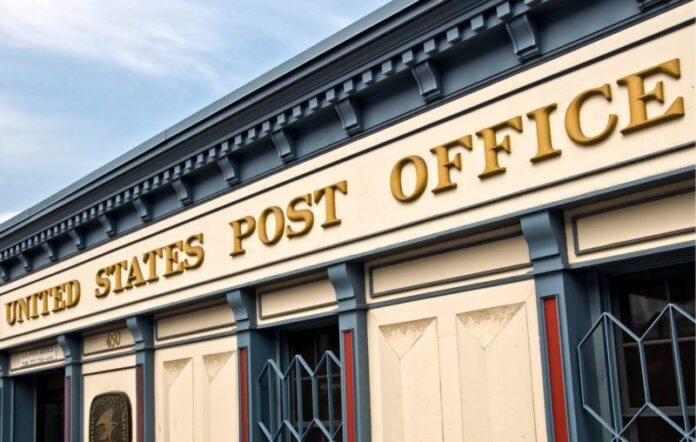 In the ramp-up to the election, the United States Post Office (USPS) has been a strange object of debate. Numerous politicians and pundits (on all sides of the political spectrum) have claimed that the USPS is being politicized. That is a strange claim to me as an economic historian who has spent time studying the history of postal services. I say strange because the origins of the USPS are not to be found in high ideals but rather in the dirty world of politicking. As such, when one claims that the USPS is being politicized, one is highlighting its very nature.

Consider simply the fact that the USPS received a de jure monopoly as soon as it was created. Its monopoly allowed it to earn huge profits (what economists call “rents”) on certain routes by charging high rates. Those profits were then distributed between different interest groups in ways that stabilized political coalitions. For example, early railway companies were essentially offered a subsidy of 88 cents per ton/mile to carry mail while the rate for common freight was 5.5 cents per ton/mile.

Newspaper owners were also subsidized as the rate for carrying them was paid for by high postage rates on letters. Some laud this as a way to provide information. More cynically, it can be seen as a way to increase the influence of newspapers and their owners – which were often affiliated with different political organizations. Rural voters received cheaper postal services which were funded by higher rates elsewhere while politicians had the opportunity to use the post office to provide patronage.

Finally, politicians possessed the franking privilege which allowed them to transmit mail under their signature without postage. This privilege was blamed for filling the mail with political materials and politicians were frequently accused of abusing it for personal matters.

Essentially, as economic historian Kelly Olds pointed out, the USPS’ initial purpose was to create monopoly rents to be shared between politicians (who gained votes by catering to certain constituencies and providing patronage) and key interest groups. Olds estimated that more than 71% of consumers’ letter postage was being distributed as monopoly rents.

In the late 1830s, numerous private firms contested the monopoly of the USPS. Because of the expansion of the US railway and canal networks, they did manage to obtain large enough market shares even though the USPS had a de jure monopoly. By 1845, Olds estimates that private firms represented between 20% and 40% of the US postal market. These challenges were met by an act of Congress that reduced all postage rates in order to crowd out private providers. To make up for any deficits that accrued from the reduction in rates, Congress also enacted a law in 1851 that included an appropriation of half a million dollars per year to cover deficits as well as other “indirect” subsidies. This strategy allowed the post office to continue to act – in a different way – as a vehicle for the redistribution of rents to politically connected groups.

Before 1851, interest groups and politicians had gained their monopoly rents through high prices. After 1851, they collected these rents through taxpayers which made up for any deficits induced by the reduction in rates needed to exclude private competitors. In both cases, the post office was used as a political vehicle.

Not only was the monopoly of the USPS granted in order to secure rents to be shared between politicians and interest groups, the monopoly lent it to politicization. This is because the monopoly made censorship immensely easier. In the 1830s, abolitionists flooded the mail with anti-slavery pamphlets which led to outrage in the southern states.

The reaction of the postmaster general was to allow southern postmasters to refuse delivery of abolitionist materials. This was a virtual censorship of the mail for the benefit of private interest groups and their political allies. A similar effort at using the post office for censorship was deployed in World War 1. Magazines that had taken editorial stances against the war would not be delivered by the Post Office. This blacklisting also included magazines that were pro-war but criticized the conduct of the war effort.

The origins of the Post Office are political. No doubt about it. Why should we be surprised that, given these origins, the USPS is still a tool for politicking today?

Vincent Geloso, senior fellow at AIER, is an assistant professor of economics at King’s University College. He obtained a PhD in Economic History from the London School of Economics.

Are Lockdowns an Election-Year Ransom Note?

Should K-12 classrooms teach from the 1619 Project?