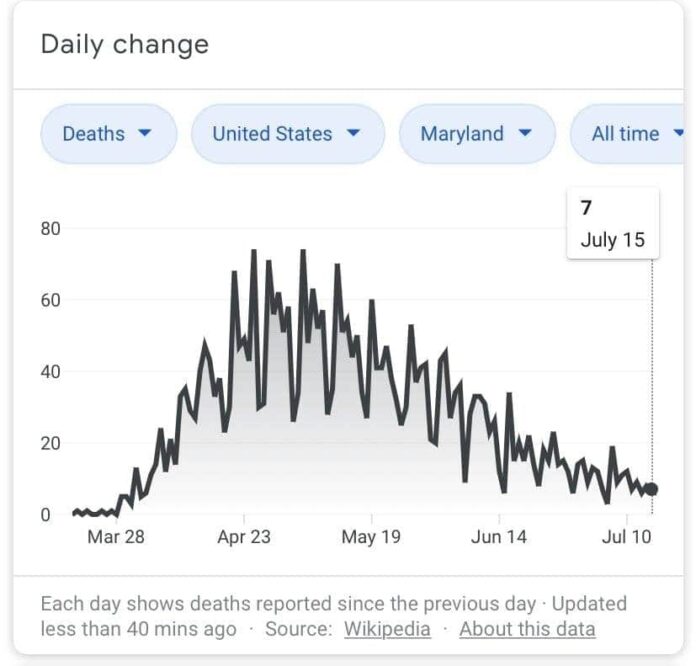 Governor Larry Hogan won’t let you share images on his Facebook pages. He doesn’t want you sharing simple images that convey truth in 60 seconds. (Ok, it might be so you can’t share offensive meme’s, but still.)

Use this column to share the featured image on Governor Hogan’s Facebook page. Our voices matter. Share this every day until the Governor stops using the citizens of this state to keep his name in the national spotlight. He is using Maryland as a springboard to the White House and to sell his book.

We agreed to his terms because we were told doing so was to flatten the curve and keep hospitals open. Well, the curve is FLAT. None of us signed up for decimating the economy, further destroying public education and small businesses, while sending everyone into a state of depression due to social isolation.

Enough of the house arrest. It’s time for Phase 4.

What Hogan is doing is abuse of office and it must stop.

Does Frederick County Public Schools Have a Superintendent or a Queen?

Misguided Voting Cost Us Our Freedom Even In Frederick County