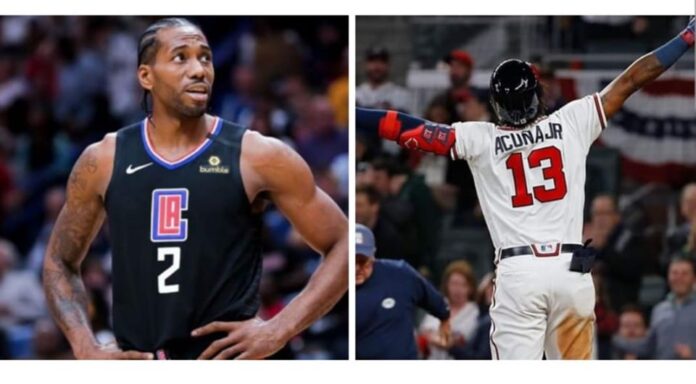 National Basket Ball Association and Major League Baseball are back.  The NBA announced its season will begin July 30th with Utah Jazz facing off against the New Orleans Pelicans while the battle of the LA’s begin between The Los Angeles Clippers and the Los Angeles Lakers.

The NBA will play eight games between 22 teams.   Some teams have already clinched playoffs and their seeding in playoffs.  This tournament is to decide who gets in lower seeds. The best eight teams from each conference will advance to the abbreviated playoffs.

Major League Baseball has yet to announce their schedule but it seems games will start on July 23rd.  The prime-time match up being the New York Yankees going against the defending World Series champions Washington Nationals. MLB will have a 60 games season, that’s 102 games less than normal.

With baseball resuming for only 60 games, it gives teams little to no room for error during the season.  If a team goes into a 10 game losing streak that could mean the end of their season. Las Vegas waited no time in putting out their win/loss, over/unders for the 60 game season.

The Los Angeles Dodgers come in with the highest projected total at 39 games, while the local Baltimore Orioles come in dead last with projected win total of 21. If I had to make a pre-season prediction of the 2020 World Series, I would say it would be the New York Yankees versus the Atlanta Braves in an all time classic series. I believe the Braves would win.

The NBA, which was the first of all major sports to shut down due to the COVID-19 virus, is coming back strong. Fans have been eager to see if Lebron can win his 4th title and bring the Lakers back to promise land; or would Giannis be able to give the Milwaukee Bucks their first time since 1971; or will Kawhi Leonard and Paul Gerorge get the Clippers their first ever NBA title.

The Lakers are the favorites to win the NBA title when the season resumes with the Bucks coming in second. While the Bucks versus Lakers would be all time classic, I believe it will be the Clippers representing the Western Conference with the Bucks representing the Eastern Conference. My prediction is the Clippers in six games with Kawhi “The Claw” Leonard and Paul George winning them their first NBA title ever.

While I truly believed that having no season for either sport would have been beneficial to the players, I cannot lie, I’m happy they are back, even if not fully.  Although it’s only been three months since we last saw the NBA and MLB in action, it’s felt like years since I saw a basketball or baseball game.

With the return of these two favorite American pastimes, I feel some normalcy returning.  All can say is that July 23rd can’t come soon enough.

Related articles by Mark Bowers can be found here.