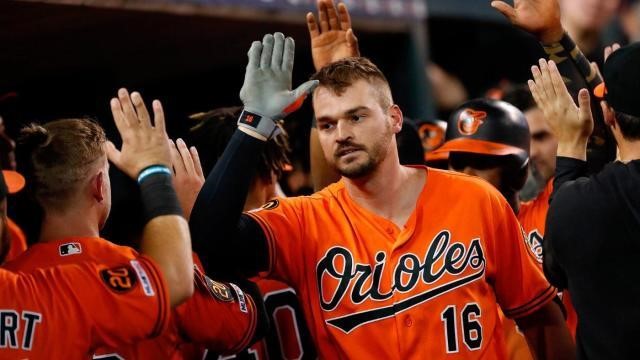 The NBA is set to resume play on July 31st.  Football is supposed to start on schedule, but where is baseball?  About a month ago, Major League Baseball looked like opening day would be around July 4th.  Now it seems we may not even have a baseball season.

Rumors are the owners don’t care if there is a 2020 season, so they hold all the negotiating cards.   On the other side with the players, they want to play now but they also want to earn as much money as they can while playing.

The baseball players are the ones taking all the risks.  Although baseball is not really a physical sport like football or basketball, contact is still made and players could be at risk of getting the COVID-19 virus.

Early last week it was reported that five Phillies players, training in Clearwater, Florida had tested positive for the virus, so the fear of getting it is very real in the minds of the players.  It’s understandable that the players who are taking all the health related risks, would want to earn as much money as they can before the season ends.

Some players have been training during the offseason, spring training and also during the quarantine.  Several are already accepting there will not be a season and are just planning to play in 2021. A few players have come out and said even if there is a season, they will sit out and wait until next year.

These are obviously unprecedented times and no one could have predicted how far or how intensly, the COVID-19 virus was going to spread.  This writer’s opinion is if America’s favorite pastime was to have a season, I believe it could help bring Americans together.  It would restore some normalcy to our lives. At the same time I don’t wish for the players to put themselves in harm ways.

Is it getting to the point where no sports should start or resume their seasons? Are players, coaches and fans at risk?   I believe most people want their favorite sports back.  These are difficult decisions the teams and the players are going to have to work through.  We all anxiously await life to return to normal.

Editors Note:  This column was written prior to the statement released Monday evening reporting the players association has rejected the framework proposed by Commissioner Rob Manfred and MLB Players Association Executive Director Tony Clark for the 2020 season.

Editors Note #2: After accepting the health protocols put forth, MLB released another statement saying they anticipated their regular season to begin, on July 23rd or July 24th. Players are to report to spring training on July 1. The 2020 season is scheduled to have a 60 game season.