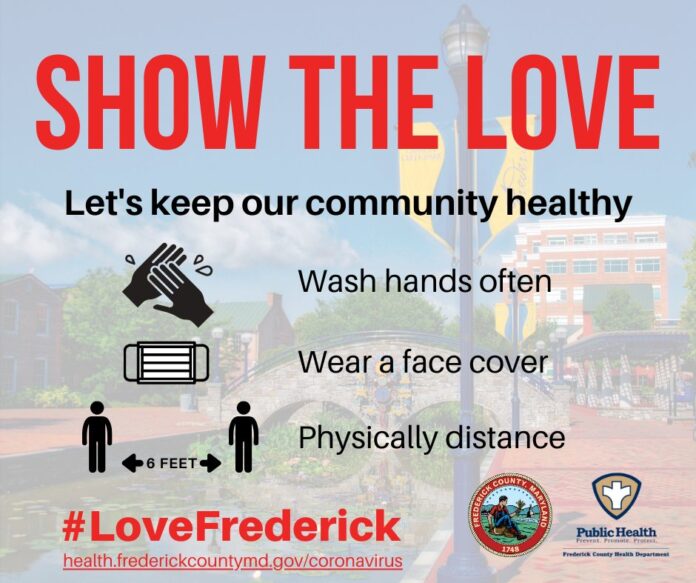 Stop referring to elected officials as “leaders.”  They are not “leaders”; they are “representatives.”  Language matters because when you hear the word “leader” you think this person knows more than you and they are safe to “follow.”  That’s not always true.

One of the many hidden benefits emerging from the COVID-19 pandemic, is the growing public awareness that a large majority of those in elected office believe the rules and laws they make don’t apply to them.   There are all sorts of sanitation regulations stating what local business owners must do in order to reopen their government-seized businesses.

County Executive Jan Gardner, in a recent Briefing, was informing the public that asymptomatic people can spread the virus.  That is a disputed belief among scientists.  For her to share that with the public as fact is irresponsible.

Near the end of the 40-minute briefing Mrs. Gardner said: “… we all need to do our part.  We need to wear our face coverings in public.  We need to practice good hygiene with frequent hand washing…”

Prior to these comments Mrs. Gardner surrenders the podium to Frederick City Mayor, Michael O’Connor, puts on her face mask and steps aside.  Mr. O’Connor steps to the podium, removes his face mask, places it on the podium and speaks briefly.  He yields the podium back to Mrs. Gardner.  She returns, shuffles things on the podium and speaks again briefly to announce her Show the Love Frederick campaign.  (The actions in question here start around the 31 minute mark and after Mr. O’Connor finishes up around the 38 minute mark.)

What did we not see during this podium swapping?  We saw no one sanitize the podium or their hands.  Both touched their virus catching masks.  Mr. O’Connor even laid his ON the podium.

Do either of them believe what they are saying about guidelines and best practices?  Each is demanding that store owners must comply with the very things they, themselves, didn’t comply with.  For months, she and others have been telling us not abiding by the guidelines would risk the health and safety of others.

Perhaps they don’t follow their own guidance because they know they have no basis in scientific consensus.  National Institute of Health Director, Dr. Anthony Fauci, has contradicted himself regularly.  The World Health Organization and the Center for Disease Control have also flip-flopped on previous guidelines.  Various medical professionals say the masks are ineffective and can even be harmful.

Because the public believes these people are “leaders” they believe everything they say is an unquestionable fact.  We have been conditioned to trust and not question authority.  If you dare question them, you are shamed and threatened.

When people in positions of power are treated as infallible gods, innocent people get hurt. Businesses and lives get ruined.  Neighbors are turned into snitches and bullies to appease the gods of bureaucracy.

Toledo, Ohio police had to ask residents to stop calling 911 to rat out their neighbors because they weren’t “social distancing.”  34 Marylanders were arrested for attending a party against the will of the gods.  When did we void free will?

Elected representatives with the help of an irresponsible 24-hour news cycle have turned people violent.  I have been threatened with mace.  A Pennsylvania school director threatened to shoot people if they came near her without a mask on.

It is irresponsible and dangerous to the public for elected representatives to continue to place value judgments on wearing masks and even the extent of social distancing.

Here in Frederick County, Jan Gardner’s Show the Love campaign is reckless.  She’s judging those who don’t wear masks; it says they “don’t care” about their neighbors unless they are wearing a mask. This, in turn, gives permission to those wearing masks to bully and harass those who don’t.  Those who choose not to have been judged reckless.

There are multiple sides to every story.  Those who wear masks believe they are helping their neighbors.  Those not wearing masks believe the science that says they are ineffective and perhaps even harmful.  They do not want to take the risk of harming themselves.  They also feel it is an encroachment on their civil rights.

One group sees safety; one group sees oppression.  At one time we respected the right for people to choose for themselves.  Let’s let each of us decide what’s best for ourselves.

A friend put it beautifully:  “None of your rights begin on my body.”

How Flat Does The Curve Have To Be