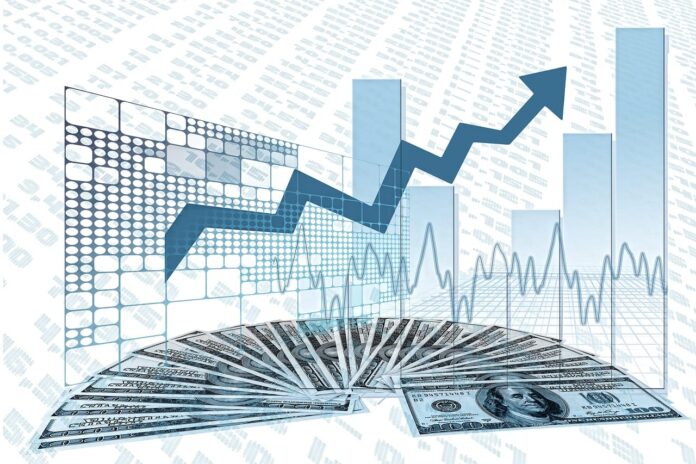 The United States is the world’s largest economy, recording a national output of $21.526 trillion. Private companies produce goods and services the entire planet enjoys daily. From the Apple iPhone to a McDonald’s Big Mac, the American economy has had a major impact on the global marketplace while lifting the standard of living for millions of people worldwide. But what is the U.S. economy, and how does it work?

It is a commonly mistaken belief that the United States is a full-blown free-market capitalist society. While there is a focus on capital and the marketplace, the U.S. leans more toward a mixed economy. Over the years, the U.S. has adopted the characteristics of both capitalism and socialism.

Today, the U.S. system emphasizes the freedom of wealth creation and consumption, and the protection of private property rights. At the same time, all three levels of government can intervene in the private economy to achieve social goals, shield the public from fraud or harm, or meet an electoral promise.

The nation still adheres (mostly) to the laws of basic economics.

The law of supply and demand is the primary force that drives the U.S. economy. This law regulates prices in our everyday lives. This principle revolves around the amount of a good or service available (supply) and the number of buyers for it (demand). If demand is greater than supply, prices go up, while if supply exceeds demand, prices usually go down.

Inflation and deflation are also key factors in the success of the country. Price inflation is when prices go up, caused by factors such as demand exceeding supply, or higher production costs. Price deflation is the opposite: when the cost of goods and services go down. This, too, is caused by multiple elements (for example, technological progress, and a large supply of goods).

Trade policy can raise or reduce the cost of imports (things we bring into the country) and exports (things we sell to other countries). Trade agreements, foreign exchange rates, and tariffs can increase the price of the products you buy.

Despite criticisms lodged against the American system, the U.S. maintains the richest and most technologically powerful economy in the world. Entrepreneurs, corporations, and individuals may be hindered by government regulations, but the American people still find ways to cope, adapt, and thrive.

Andrew Moran – Economics Correspondent at LibertyNation.com and LNGenZ.com. Andrew has written extensively on economics, business, and political subjects for the last decade. He also writes about economics at Economic Collapse News and commodities at EarnForex.com. He is the author of “The War on Cash.” You can learn more at AndrewMoran.net.