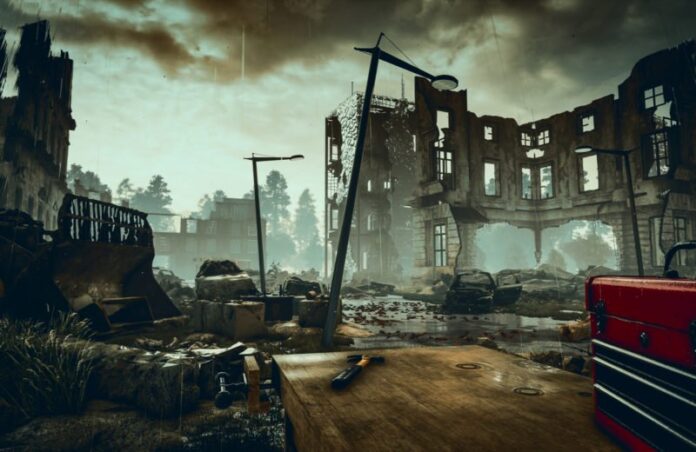 It has been 10 weeks since the first American coronavirus case was identified on January 20. In that brief time and with our ability to engage in mass testing accelerating, we have seen the U.S. count rise to more than 150,000 cases and the death toll exceed 3,000 [ED: As of 3/30]. In just the last week, we have witnessed passage of a massive $2 trillion coronavirus legislative package that could, in time, provide some financial relief for displaced workers, small businesses, large businesses, local governments, healthcare providers and others.

Perhaps before April ends, these funds will hit the street and counteract some of the devastating virus-induced economic damage. Hopefully soon after that—or around the time shelter-in-place orders start to end—we will begin to see early signs of a recovering U.S. economy.

But the road to be traveled between now and then will be bumpy and uncertain. With new data in hand, it’s time to provide an update on the economy.

Trying to track the virus and the economy

Unfortunately, we have no way of knowing fully the dynamics of the process that is generating the grim coronavirus tally—likely some combination of growth in virus-induced infections and our expanding ability to test and count occurrences. Even so, there is no meaningful evidence that the count of total U.S. cases is peaking yet. Indeed, as of March 30, of the top 40 countries on the Johns Hopkins coronavirus tracking system (beginning with the United States and ending with Greece at 1,061 cases) only China shows a flattening of the daily-case curve.

On a positive note, South Korea’s daily profile, which like the United States originated on January 20, is at least showing a pronounced tendency to flatten. Since we lagged South Korea’s testing effort by about three weeks, perhaps we will see evidence of a U.S. peak long about Easter.

Still, we must realize that we aren’t strictly talking about a national phenomenon. It’s also a collection of regional phenomena, like New York City, Detroit, New Orleans, and smaller towns like Albany, Georgia. Other new hot spots may emerge as we go forward.

While localities, states and the federal government struggle to bring coronavirus to bay, economists and other analysts are working with data fragments to offer estimates of what is happening to the nation’s economic engine. They are frustrated by the fact that data on the nation’s economy arrive with a lag of several weeks, if not months. But little by little, the tea leaves are forming a pattern, and it is not pretty.

This past week, for example, the American Railroad Association reported that rail shipments for the week ending March 21 fell by 5.4 percent, and the count of trailers and containers shipped—an international trade indicator—fell by 11.4 percent, relative to the same period a year ago. On a year-to-date basis, total rail freight traffic is down 7.2 percent.

The University of Michigan’s March Consumer Sentiment Index, which usually tracks consumer spending, was also released this past week. The index fell from February’s 101 to 89.1, the largest one-month decline since the start of the Great Recession and the lowest level since October 2016. Then, the Bureau of Labor Statistics reported that claims for unemployment compensation for March 15-22 set a new record at 3.3 million, a count that in a normal week would hit 280,000.

Of course, when more than 80 million Americans were restricted from working and shopping by school, university, and business closings nationwide, the fall in rail shipments and unemployment spike were clearly expected. But the number of affected people is rising rapidly. As of March 30, the number of Americans living under stay-at-home orders in 27 affected states is expected to reach 225 million. To give some context, in February, total U.S. employment stood at a much smaller 82 million.

What about GDP growth?

But what about GDP growth? Do we have new information that will guide decision makers? Can we do more than speculate about the 2020 GDP growth pattern?

We know that GDP is determined by just two variables: (1) how many people go to work each day and (2) how productive they are when they get there. By simply adding the growth rates for the two variables we obtain GDP growth. Obviously, the ordered closing of restaurants, bars, churches, and other nonessential public gathering places, and the voluntary closing of large auto assembly and other manufacturing plants, is taking a heavy toll on the count of workers who might otherwise be working.

Still, as I see it, the shape of the U.S. GDP growth pathway will favor the reverse image of the shape taken by the pandemic itself, modified by the lagged, offsetting effects of the just-passed federal relief package.

The virus starts from a low point, rises exponentially, then while still rising, decelerates, hits a peak, we hope, and declines. China’s virus curve flattened near the end of a 12- to 14-week period following extreme government efforts to restrict citizen movement. As if taking its cue from the virus, China’s GDP growth path turned south, fell, bounced and most likely is now travelling at a zero or low negative growth rate.

For the United States, the bowl-shaped trajectory for the virus began around the first week of February. We are now through March, which gives us about six remaining weeks of negative travel down the edge of the GDP bowl. Absent the relief package, we might expect our GDP growth to hit zero and then struggle mightily to turn positive around early June.

Instead, the effects of the $2 trillion spending package could begin to have a positive effect more quickly, provided people are allowed to return to work, that restaurants and bars are open again, and that manufacturing plants are able to resume production. That, of course, depends on what has happened to the virus, here and in the rest of the world.

In spite of all this, a large negative 2020 recession is expected by many economists. Just how deep and wide will the coronavirus recession become?

Recent answers were provided by the Organization of Economic Cooperation and Development (OECD) when leaders of the G20 nations met recently in Washington via Zoom. OECD economists indicated that the activities most directly affected by the coronavirus shutdowns—auto manufacturing, restaurants, hotels, and educational units—account for 30 to 40 percent of GDP in the advanced world. They believe that activity in these sectors will fall by 20 percent to 25 percent this year.

For the United States, the OECD analysts predicted -4.0 percent growth for 2020. By comparison, GDP growth fell to -2.5 percent in 2009, the worst year of the Great Recession. This compares with Wells Fargo’s March 25 estimate of -2.4 percent GDP growth for 2020. Together, these estimates suggest that we may have something worse than the Great Recession on our hands.

This situation is evolving, and each day brings more information about the devastating coronavirus and our economy’s adjustment to it, along with other events that both beset and stimulate us. At this reading, 2020’s economic prospects are bleak. Indeed, we are currently in tough recession territory.

This said, we must recognize that offsetting action is now in the works. The relief package, when delivered, could bring balm and healing for some of the coronavirus economic damage. Once the threat has passed, the economy can begin to truly heal. Until then, let us pray that those who are suffering and in many cases dying will also find some comfort.

Bruce Yandle is a distinguished adjunct fellow with the Mercatus Center at George Mason University and dean emeritus of the Clemson University College of Business and Behavioral Science.

Get notified of new articles from Bruce Yandle and AIER.