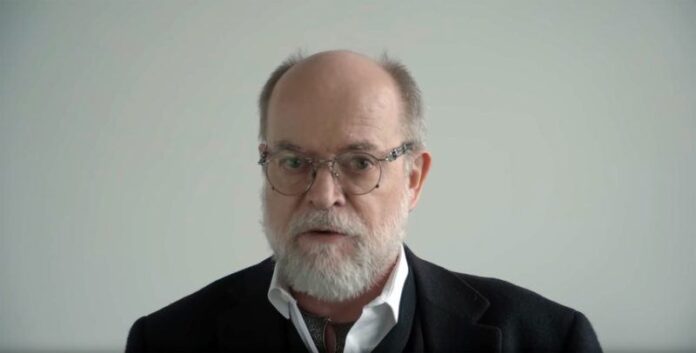 Who is Knut M. Wittkowski? He is among the many, even many hundreds, of epidemiologists and other medical research professionals whose expertise was not consulted in the frenzied weeks in which the American political class at all levels chose panic and shutdown over rationality and rights.

Dr. Wittkowski received his PhD in computer science from the University of Stuttgart and his ScD (Habilitation) in Medical Biometry from the Eberhard-Karls-University Tuüingen, both Germany. He worked for 15 years with Klaus Dietz, a leading epidemiologist who coined the term “reproduction number”, on the Epidemiology of HIV before heading for 20 years the Department of Biostatistics, Epidemiology, and Research Design at The Rockefeller University, New York. Dr. Wittkowski is currently the CEO of ASDERA LLC, a company discovering novel treatments for complex diseases from data of genome-wide association studies.

His work has been widely cited in the technical/medical literature. So try to understand his frustration with everything going on around him. A lifetime of work toward understanding diseases and their spread, and he has to watch all this unfold in the most brutal way that contradicts everything he knows and has tried to teach.

At the last moments of this interview below (full transcript) he says the following:

With all respiratory diseases, the only thing that stops the disease is herd immunity. About 80% of the people need to have had contact with the virus, and the majority of them won’t even have recognized that they were infected, or they had very, very mild symptoms, especially if they are children. So, it’s very important to keep the schools open and kids mingling to spread the virus to get herd immunity as fast as possible, and then the elderly people, who should be separated, and the nursing homes should be closed during that time, can come back and meet their children and grandchildren after about 4 weeks when the virus has been exterminated….

We are experiencing all sorts of counterproductive consequences of not well-thought-through policy….

If we had herd immunity now, there couldn’t be a second wave in autumn. Herd immunity lasts for a couple of years, typically, and that’s why the last SARS epidemic we had in 2003, it lasted 15 years for enough people to become susceptible again so that a new epidemic could spread of a related virus. Because typically, there is something that requires cross-immunity, so if you were exposed to one of the SARS viruses, you are less likely to fall ill with another SARS virus. So, if we had herd immunity, we wouldn’t have a second wave. However, if we are preventing herd immunity from developing, it is almost guaranteed that we have a second wave as soon as either we stop the social distancing or the climate changes with winter coming or something like that….

[Extreme reactions] cost the US taxpayer $2 trillion, in addition to everything else that it costs, but it also has severe consequences for our social life, and depression is definitely something that we will be researching. I can say for myself, walking through New York City right now is depressing….

We should be resisting, and we should, at least, hold our politicians responsible. We should have a discussion with our politicians. One thing we definitely need to do, and that would be safe and effective, is opening schools. Let the children spread the virus among themselves, which is a necessity to get herd immunity. That was probably one of the most destructive actions the government has done. We should focus on the elderly and separating them from the population where the virus is circulating. We should not prevent the virus from circulating among school children, which is the fastest way to create herd immunity….

And the final question and answer:  “So, is there anything else you want to say about this that—what’s been aggravating you the most? Or what would you like people to know?”

I think people in the United States and maybe other countries as well are more docile than they should be. People should talk with their politicians, question them, ask them to explain, because if people don’t stand up to their rights, their rights will be forgotten. I’m Knut Wittkowski. I was at the Rockefeller University, I have been an epidemiologist for 35 years, and I have been modeling epidemics for 35 years. It’s a pleasure to have the ability to help people to understand, but it’s a struggle to get heard.

Edward Peter Stringham is President of the American Institute for Economic Research,  Davis Professor of Economic Organizations and Innovation at Trinity College, and editor of the Journal of Private Enterprise. He is editor of two books and author of more than seventy journal articles, book chapters, and policy studies. His work has been discussed in 15 of the top 20 newspapers in the United States and on more than 100 broadcast stations including MTV. Stringham is a frequent guest on BBC World, Bloomberg Television, CNBC, and Fox, and Rise Global ranks Stringham as one of the top 100 most influential economists in the world. He earned his B.A. from College of the Holy Cross in 1997, his Ph.D. from George Mason University in 2002 , and first published with the American Institute for Economic Research in 2003. His book, Private Governance: Creating Order in Economic and Social Life, is published by Oxford University Press