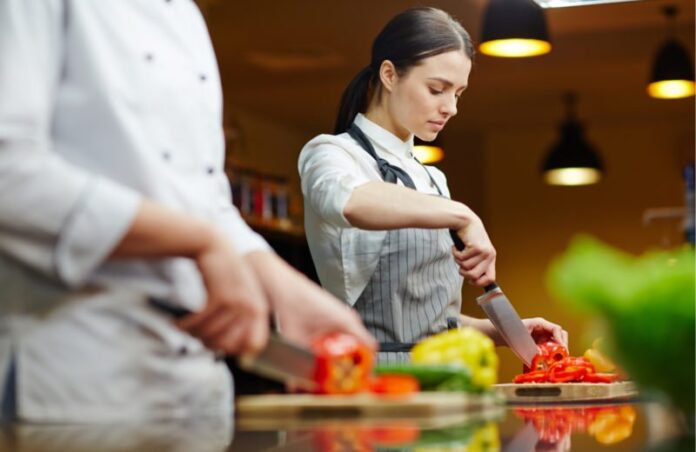 A call came in last weekend from one of the pillars of finance in Washington, D.C. and beyond, and similarly a pillar of the Republican Party. He was his typical composed self, but also a bit downcast. He was relaying the details of a call he’d made to check up on the man who routinely caddies for him at a D.C.-area golf club. The caddy was in tears.

Due to the lockdown imposed in response to the novel coronavirus, his source of income has been completely obliterated. In the past year he’d signed a lease on a house, he was more than getting by, only to have his legs wholly cut out from under him by a one-size-fits-all response to the virus.

About this story, it cannot be stressed enough that anecdote should never be conflated with statistic. At the same time, add up enough anecdote and it’s reasonable to say you’ve got some kind of statistical accuracy. While all too many who make policy can theoretically do their jobs from anywhere, for many of the more common, service style workers, work is a destination. It involves meeting the needs of people in person. When politicians at all levels foisted a lockdown on the U.S. economy, they rather cruelly wrecked the earnings capabilities of all too many individuals like the devastated caddie. Some could reasonably speculate that the nationwide lockdown hit President Trump’s base of support pretty hard.

Indeed, it seems the political script has flipped somewhat in modern times. While the Republican Party was historically seen as representing the interests of the well-to-do and educated, it’s increasingly easy to suggest that the prosperous and degreed more and more identify as Democrat. Trump rallies are said to be rather raucous affairs supposedly made raucous by the common man.

Trump should internalize this. While all income classes and demographics are being harmed by the foisting of command-and-control on the economy by politicians, Trump’s base will arguably be hurt the most.

About this opinion piece, it should be stressed ahead of an argument calling for federal action that there’s nothing about economic growth in a Constitution that specifically limits the power of Congress, the president, and the federal government more broadly. To hear constitutional experts describe it, the founders were of the view that free people would prosper. There’s also nothing about “democracy” in the founding document. The founders were major skeptics of majorities. What’s that line about democracy being two wolves and a lamb voting on what’s for lunch….?

The argument being made here is about individual freedom and property rights. By protecting both, by seeking the right for Americans to get back to work, the Trump administration could do something that’s arguably within the Constitution’s strict swim lanes, and that would similarly redound to the interests of its base.

About what’s being said, some very free-thinking individuals who know the Constitution backward and forward contend that Trump has no legal right to “order the nation back to work.” Those are the words of Cato Institute senior fellow Walter Olson in Tuesday’s Wall Street Journal. As Olson goes on to write, the “lockdown and closure orders were issued by state governments, and the president doesn’t have the power to order them to reverse their policies.”

Olson is once again the expert, but as his Cato colleague Roger Pilon has pointed out in the past, the Constitution’s stress on states’ rights wasn’t absolute. Per Pilon the idea behind states’ rights wasn’t to enable majoritarian rule locally. So while it’s certainly possible that what’s being written here is a mangling of the brilliant Pilon’s logic, he’s long stressed “individual liberty first,” along with the essential truth that “individuals would be entitled to be free simply because they were born so entitled.”

While states are where the vast majority of lawmaking is meant to occur per the Constitution’s 10th amendment, the document that codifies this isn’t meaningless. It exists to protect our freedom to live and work as we want. The Contitution’s prioritization of states as the location of most lawmaking was not the founders’ enshrining of mob rule locally. In Pilon’s words, “The Founders didn’t throw off a king only to enable a majority to do what no king would ever dare.” [my emphasis]

And it seems there’s legal precedent for this truth as applied to labor. In his excellent book The Conservative Sensibility, George Will devoted a lot of space to the famous Supreme Court case Lochner v. New York. Joseph Lochner was a Bavarian immigrant who was fined $50 in the early 20th century for violating a New York state law that limited the hours any individual could work each week in a “confectionary establishment.” Lochner ultimately won in a 5-4 Supreme Court decision. Per Will, the New York law meant to limit Lochner’s hours worked “was an ‘unconstitutional interference’ with the liberty of contract.”

Acknowledging yet again the lack of constitutional expertise behind this opinion piece, it’s at least worth asking the question if the Trump administration has a case for decreeing a right for Americans to get back to work; this right superseding the actions of individual states. And if the individual right to work can’t be interfered with by states, it seems businesses similarly possess property rights that supersede the decrees of local and state politicians. Figure that businesses are just individuals, and they should be free to meet the needs of their customers.

Just the same, free people fearful of contracting a virus should be free to not patronize businesses exercising their natural right to re-open. Which means it would be incumbent on free individuals and businesses to conduct business in ways appealing to customers fearful of a virus to varying degrees.

So there you have it. It should be stressed yet again that the argument presented here is in no way being made based on the presumption of constitutional expertise. Quite the opposite. At the same time, it’s not unreasonable to at least ask if the kind of thinking that led to Joseph Lochner’s Supreme Court victory 115 years ago applies to the present.

At the very least, the Trump administration should operate on the assumption that the individual right to contract supersedes state decrees. Doing so will perhaps at least buy individuals and businesses time to resume production and services, and perhaps resuscitate themselves until such a time that the virus has passed, or has been vaccinated away.

The Trump base wants to work. And likely needs to. The Trump administration should go out of its way to legalize the right to work so that desperate service employees and workers in general at least have the chance to fix their devastated situations.

John Tamny, research fellow of AIER, is editor of RealClearMarkets. His book on current ideological trends is: They Are Both Wrong (AIER, 2019)

WAYNE ROOT: If You Believe 60 Judges Turned Down “Stolen Election,” You’re Either an Idiot, or In On the Fix