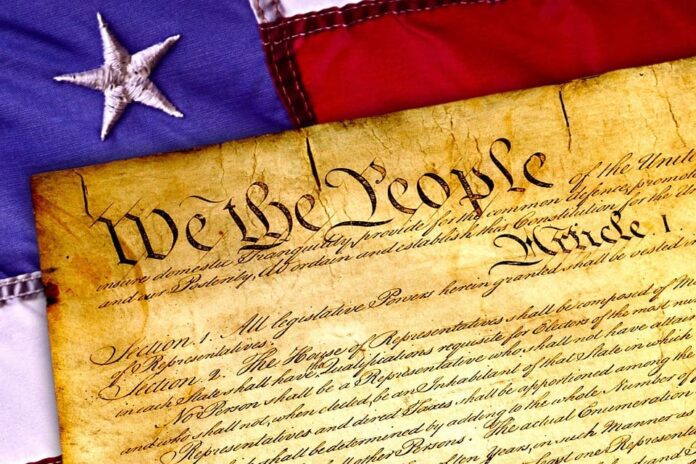 Before there was the United States, colonists from other countries lived in America but were still ruled by their home countries. After a while, the people of the colonies of England felt the king was treating them badly, so they decided to stop following the English government and start their own. They worried that the new government might end up just as bad as the one they were used to, so they wrote a set of laws that created the United States government and limited its power in order to protect the rights of the people. We call this the Constitution and we call the men who created it the Framers.

These Framers wanted to make sure that the new government would not take advantage of the power to make laws. So, they created a three-branch government. Each branch has its own powers.

The Legislative Branch is Congress, which is split into two parts: The House of Representatives and the Senate. Congress is where laws begin. The members of Congress write what they want to become laws, which are called bills, and then vote on them.

The Judiciary Branch is the courts. When someone thinks a law goes against the Constitution, this branch studies the law and the situation that lead to the case and decided if the law is right with the Constitution.

The Rights of the People

The colonists who fought to be free from the king’s control believed that each person had certain rights, and that no government or other person should be able to interfere with those rights – at least not without a very good reason.

They were so worried that the government might find a way to get around the Constitution that some of them wanted more rights specifically protected. They wrote in a way to change it, but it’s not easy to do.  Most of the amendments to the Constitution are meant to expand freedom and protect rights – and that’s what the Framers hoped for all those years ago.

“Liberty Nation GenZ is an educational website for young Americans that seeks to give the next generation accurate and unbiased information on issues of the day. Our mission is to report and analyze public policy, politics, and trending topics in an age-appropriate format, utilizing the founding documents as our guide.”

“Our website is designed for students and teachers to read, participate in, and download. Our open-source content is available for use without fear of copyright or republishing infringement. Liberty Nation GenZ is set up for easy access to information so that teachable moments swiftly become opportunities to stimulate intelligent student/teacher/parent discussion and civil discourse.”