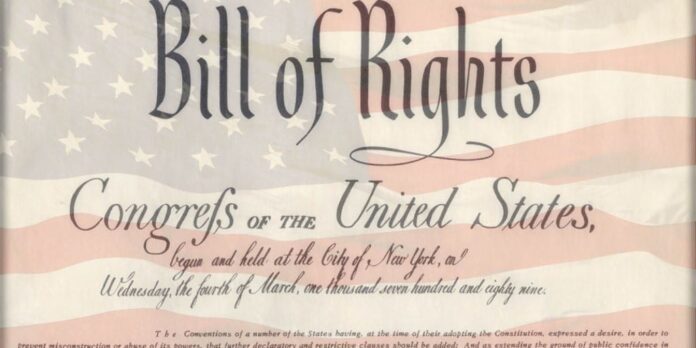 And Then There Were Ten

The first draft sent by the House of Representatives to the Senate included 17 amendments. The Senate rejected this draft, though, and so the second attempt only included 12. Of these 12, ten were accepted.

The Rights of the People

The First Amendment stops Congress from passing any law that affects the freedom of religion, speech, the press, or of the people to gather peacefully and petition the government.

The Second Amendment protects the right of the people to keep and bear arms.

The Third Amendment states that soldiers can’t take over a person’s home without the homeowner’s permission.

The Fourth Amendment protects Americans from unreasonable and unlawful search and seizure of property.

The Fifth Amendment ensures due process and says that a person can’t be made to witness against themselves when accused of a crime.

The Sixth Amendment guarantees the right to a speedy trial by jury.

The Eighth Amendment protects against excessive bail, and cruel and unusual punishment.

The Ninth Amendment says that just because some rights are named in the Bill of Rights doesn’t take away any other rights that might not have been named.

The Tenth Amendment exists to stop the government from taking on more power than it is supposed to have by using the justification that the Constitution doesn’t forbid it.

What Should Christian’s be Fighting Against? Tucker Carlson Knows