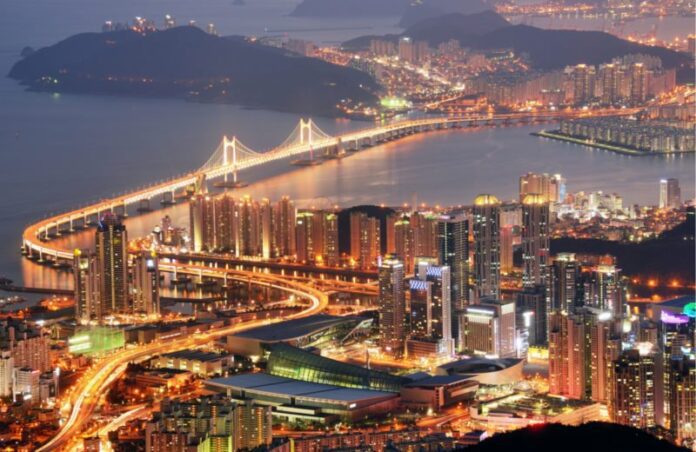 What’s the better for dealing with pandemic disease: martial-law quarantines imposed by the state according to geography, or keeping society open while trusting medical professionals, individuals, families, and communities to make intelligent decisions?

A month ago, such a question would have been purely hypothetical but the answer in the United States would have been settled. After all, this is a country of law, with a Bill of Rights, limits on state power, and an essential trust in freedom. Right?

How times change in a crisis. Mayors and governors around the country are imposing quarantines, not because they work but because they don’t want to be blamed for failing to act. So let’s consider that essential question: what works?

South Korea has seen a steady decrease in new coronavirus cases for the latter half of the last week. The country had the fourth most cases of coronavirus in the world. There were no geographic quarantines enforced by armed guards. Instead, the sole focus was on widespread testing and isolating the sick.

After averaging over 500 new cases per day back to the last week of February, between Friday and Sunday the daily totals numbered 438, 367, and 248 according to the Korea Center for Disease Control.

How is it that without deploying the military or imposing widespread, enforced quarantine, the spread of coronavirus in South Korea is apparently slowing?

Actually, there’s a better question: why should the U.S. copy China rather than South Korea?

The United States is deep in the throes of an election season at present, and so haughty invokings of the Constitution and Declaration of Independence are recurrent (if not always coherent). Of course, talk is generally cheap – and all the cheaper when coming from the mouths of politicians. It’s in times of crisis that the veracity of one’s commitment to liberty and human rights is laid bare. The difference between the U.S. and China is that China makes no pretense of reverence for liberty, nor for the inviolate elevation of individual rights.

South Korea is leveraging private property rights to thwart the spread of the virus, with building owners posting and enforcing “no mask, no entry” signs. (Just imagine how many Americans would react to being turned away or denied service from a favored destination at the sole discretion of the proprietor.)

Drive-through testing stations have been set up nationwide through which individuals, after a ten-minute test, are notified within a few hours if infected. A voluntary, self-diagnosis phone app was created in the early stages of the pandemic, and “living and treatment” centers set up in a “soft quarantine” spirit.

Mostly, though, South Koreans are acting based upon their experience with the H1N1 pandemic in 2009: they’re washing their hands frequently, making an effort not to touch their faces, wearing masks, and social distancing to the extent possible. The high level of personal technology access in South Korea makes the lattermost eminently practicable, given the ubiquity of video telecommunications and other such technology.

Contrast this with developments in the few days since Italy put its entire country under quarantine, active cases have risen from between 5,000 and 6,000 to over 8,500. Deaths from the coronavirus have risen in that same time period from 366 to 631 (all figures as of March 10th).

It is true that certain aspects of South Korea’s handling of the outbreak nevertheless infringes upon individual rights, in particular where privacy is concerned. Using camera surveillance and tracking the cell phone and banking activity of individuals likely inflicted with the coronavirus is grossly in violation of any marginally libertarian principles. But the prevailing point is that with a far softer touch – vastly more respectful of the individual citizen than anywhere else, including our own putative bastion of freedom – the South Korean government has brought about superior outcomes than the much heavier handed, authoritarian measures of China, Italy, the U.S., and virtually every other afflicted nation.

Vice Health Minister Kim Gang-Lip summarized the underlying premise of the South Korean government’s approach to arresting the spread of the coronavirus: “Without harming the principle of a transparent and open society, we recommend a response system that blends voluntary public participation with creative applications of advanced technology.”

While the global spread of the virus is still unfolding and the appearance of new strains may throw the proverbial wrench into Seoul’s policy mechanism, at present the results speak for themselves.

Every government action which reduces liberty from any starting point generates net costs, whether put forth under calamitous or idyllic circumstances. Freedom is not a fair-weather proposition. We love it and defend it because it works, in normal times or crisis times.

The quick decision among most countries to deploy their military, force the lockdown of communities, pressure firms to withhold their services, and paralyze individual movement reveals precisely what we suspected but did not fully know about our ruling classes. Our liberties are expendable when they say they are.

Peter C. Earle is an economist and writer who joined AIER in 2018 and prior to that spent over 20 years as a trader and analyst in global financial markets on Wall Street. His research focuses on financial markets, monetary issues, and economic history. He has been quoted in the Wall Street Journal, Reuters, NPR, and in numerous other publications. Pete holds an MA in Applied Economics from American University, an MBA (Finance), and a BS in Engineering from the United States Military Academy at West Point. Follow him on Twitter.